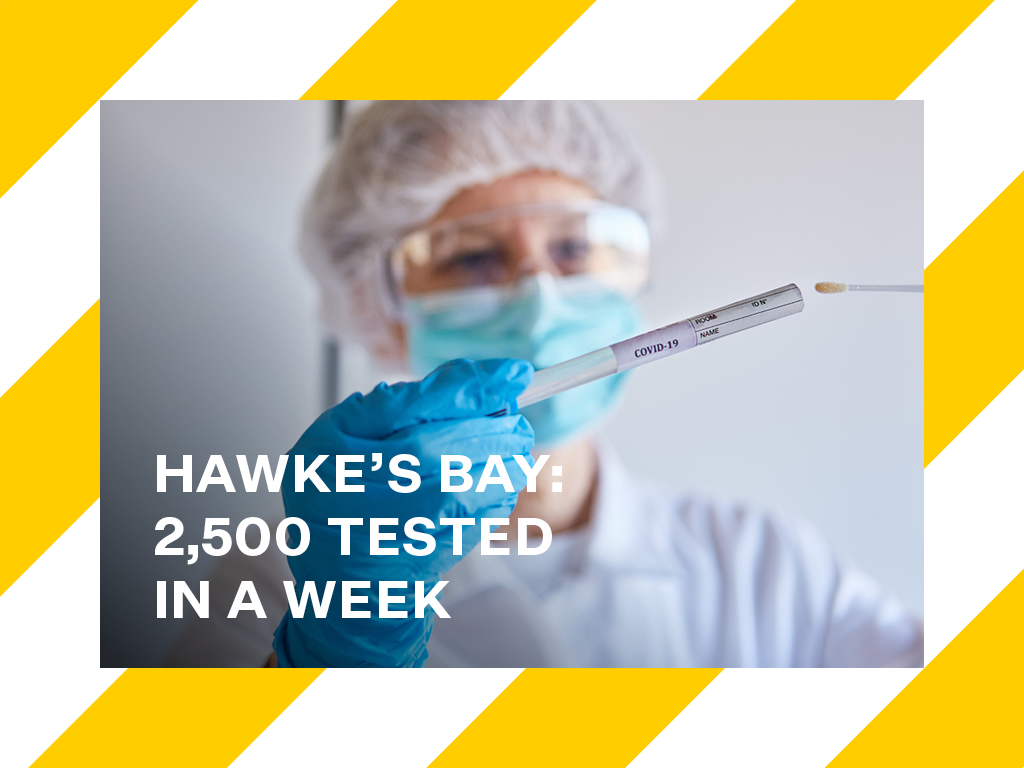 In the past week 2,212 people have been swabbed, along with the surveillance testing of 258 Napier Port workers, taking the total to 2,470 people swabbed in Hawke’s Bay. No one has yet returned a positive result.

Only a few port workers remain to be tested, but testing will be completed before the end of the week.

Testing stations in Hawke’s Bay are reporting that they have caught up with the backlog of people waiting to be tested. Most people should now be able to receive a test on the same day or the following day. Test results on average are now being returned within 48 hours.

Medical Officer of Health Nick Jones said he continued to strongly encourage anyone who was sick with cold or flu-like illnesses to call one of the testing stations or their GP for a test.

“We can only be sure there is no community transmission with high levels of testing continuing in the community.”

Dr Jones said he wanted to thank the Hawke’s Bay community with their ongoing vigilance to the virus.