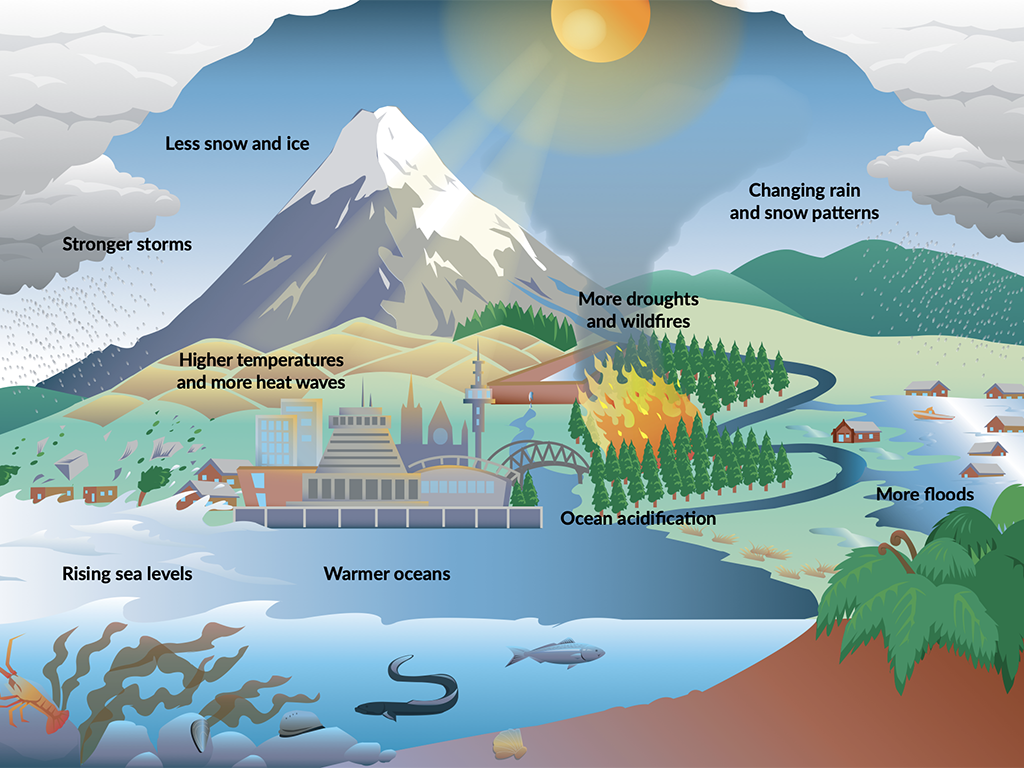 The Government recently released its first National Climate Risk Assessment, which will be updated every six years. Within two years, a ‘national adaptation plan’ must now be produced, and implementation of it will be monitored and evaluated by the new Climate Change Commission.

The Risk Assessment is predicated on these trends identified by NIWA:

The Assessment identifies 43 priority risks; the ten most significant are described in this table: 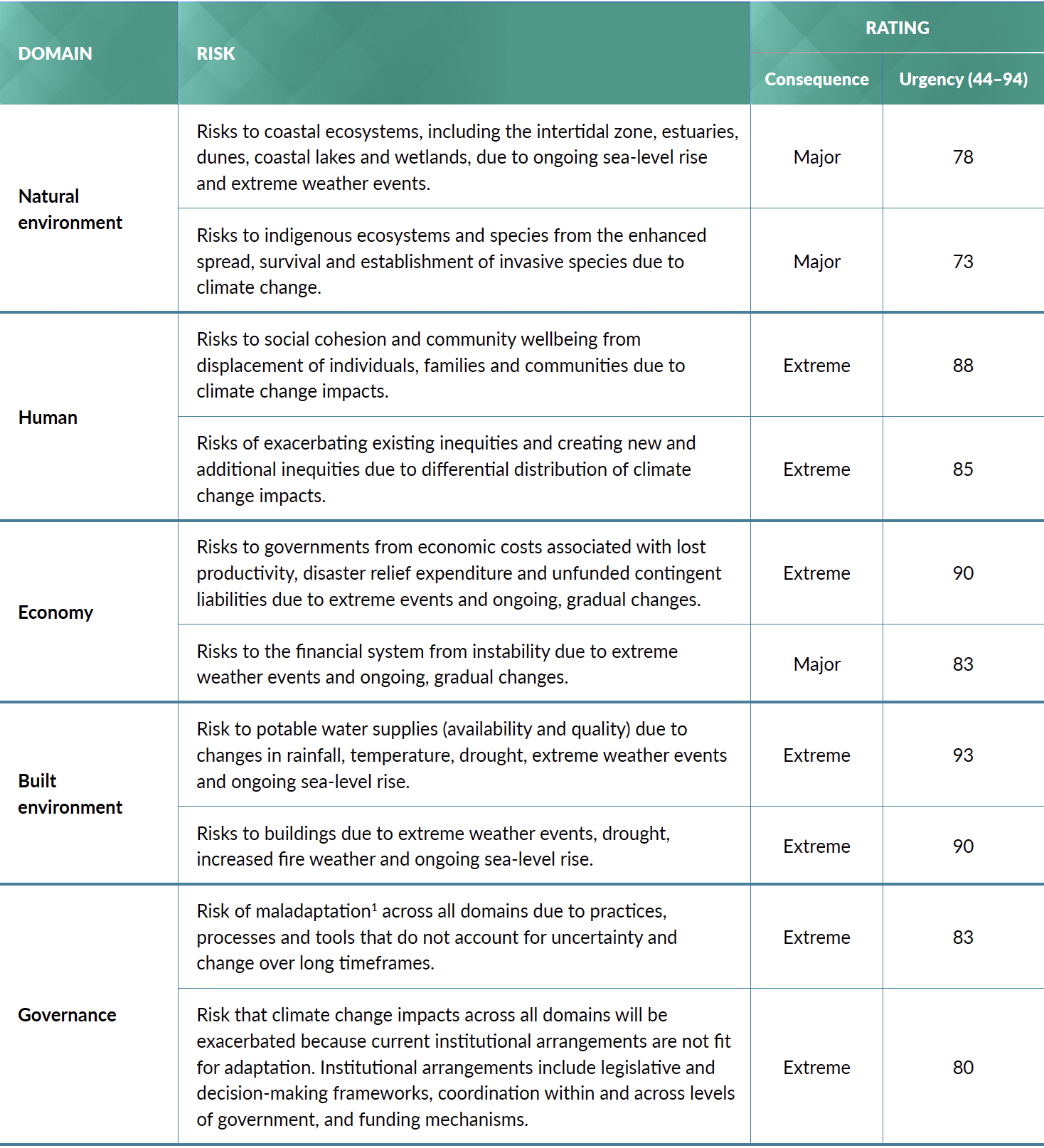 The highest ‘Urgency’ rating is 94, with Urgency determined by the degree to which action is required in the next six years.

Of interest to an agricultural region like Hawke’s Bay, is Risk E3 related to the primary sector, given an Urgency rating of 81. Here’s the full description (I’ve left out the research citations that support these predictions):

“The primary sector faces risks from extreme events and ongoing, gradual changes. Climate change will reduce the quality and quantity of output across many areas including horticulture, viticulture, agriculture and forestry. Changes in temperature and seasonality influence maturation, length of growing season and the quality (size, shape, taste) of horticulture products; the distribution of pests and diseases and the efficacy of some pest control agents.

“The amount of land suitable for primary industries will decrease as sea levels rise and low-lying coastal areas become affected by inundation and groundwater salinisation. The impacts will increase over time. Some impacts are already being felt by the sector, for example, pressure on water availability. The Māori economy is focused on primary production industries like dairy, horticulture (especially kiwifruit) and forestry. Reduced production and profitability would have a significant impact on economic return to Māori landowners and Māori working in those businesses.”

The Assessment also noted as some opportunities from climate change, including these in the primary sector (again, with research citations deleted):

“However, these scenarios assume a system where nutrients and water supply are not limited, and do not consider complicating factors such as pests, extreme events and competition for dwindling resources. Increased crop yields would result in an increased demand for water, creating a greater reliance on irrigation systems. A change in mean average temperature may also allow for the extension of existing species range and the introduction of new types of crops, although, as noted for kiwifruit, this may be offset by some areas becoming less productive. There may also be an opportunity for diversification into new areas and/or species of mahinga kai (food provisioning).”

This is it folks … the Government’s best estimate of how climate change will affect us. Daunting? Perhaps we best just deny it’s all happening.