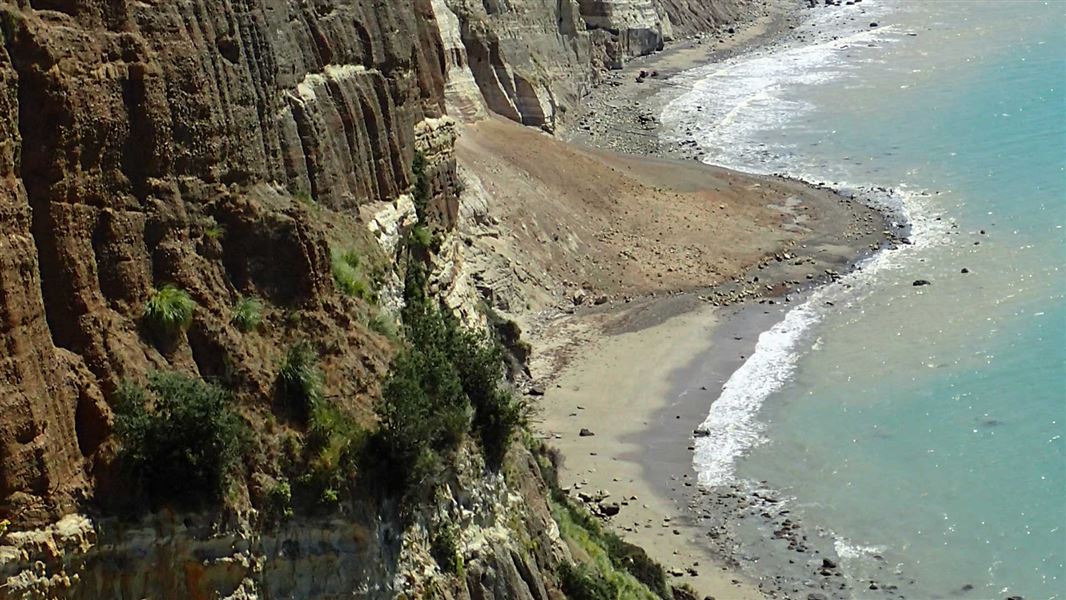 Tensions are rising along the Cape Coast after the Department of Conservation (DOC) advised that toilet facilities and the hut on the beach approach to the Cape Kidnappers gannet colony will be gone by Christmas.

About 50 people attended the Cape Coast Community Group (CCCG) AGM on Saturday morning (Aug 22); many to voice their annoyance at plans to remove a block of six composting toilets, the visitor hut and picnic facilities without public consultation.

Ann Redstone Hastings’ Heretaunga ward councillor says she will fight “tooth and nail” to retain the facilities. “The gannets are the biggest tourist attraction in Hawke’s Bay. This affects us all, the region, the community and businesses in the area.”

She says the toilets, on the track up to the gannet sanctuary, are a regional asset. “Taxpayers paid for it and now DOC wants them removed which will be another cost to the taxpayer.”

Redstone said other councillors she had spoken to could not accept the DOC decision to remove the facilities at the end of the 9km beach trek which was previously part of a national walk promoted by DOC.

“It was environmentally and socially unacceptable. Ask the local iwi, do they want people using the area where ancestral bones have been found as a wharepaku (toilet)? It would be much better to leave the facilities as they are and get someone else to look after them.”

The CCCG is writing to DOC to express community concerns and ask for a reprieve. “DOC seems to be making arbitrary decisions, without any consultation with the community, or the commercial implications for a number of businesses,” said president Tom Evers-Swindell.

Jacob Scott, newly elected CCCG member, suggested a solution could be to have the Heretaunga-Tamatea Settlement Trust take over the facilities, perhaps in partnership with Hastings District Council.

The meeting agreed this might be ideal if DOC no longer wanted to be part of looking after the gannets. When asked if the decision to remove the facilities could be held off until that discussion was had, DOC Hawke’s Bay operations manager Jenny Nelson-Smith simply said “no”.

Councillor Redstone and others were concerned that DOC may remove the hut and toilets a lot sooner than Christmas and there was urgency in contacting DOC headquarters, local iwi and others to prevent the removal.

Jenny Nelson-Smith said DOC was acting on advice from its lawyers after reviewing a GNS Science Quantitative Risk Analysis report (QRA) in July looking into the stability of the cliffs after a slip injured two Korean tourists in January 2019.

She says the report determined the health and safety risks were too high and nothing could be done to reverse the decommissioning.

“The QRA identified the dangers and the track giving access to the gannets will no longer be maintained. It is being re-designated as a back-country track, similar to those in the Kawekas.”

That re-designation essentially removes any responsibility from DOC for the safety of people who choose to continue using that track. Signage will be put in place to reflect the changed status and risks involved.

Nelson-Smith claimed “the danger level is so high that none of DOC’s staff will be using the track or doing any work on the beach and will need special permission even to rescue stranded mammals.

“In Hawke’s Bay I am DOC, and this particular decision is being made as a public servant over health and safety concerns and has been agreed to by the DOC director-general. This is not a decision that has been taken lightly.”

Nelson-Smith claimed that seepage from the toilets formed part of the decision.

Rod Heaps who used to run Gannet Beach Adventures and regularly maintained the facilities says there’s a large concrete box underneath the composting toilets and claims of leakage are unsubstantiated.

“Those facilities have been cleaned, looked after and monitored properly for many years. I used to do it myself.”

He suggests they should be upgraded rather than removed. “There are huts and facilities in other ‘back country’ tracks, so what’s the problem here?”

Frank Gordon donated the gannet sanctuary for the protection of the birds in 1914 and his grandson Angus Gordon, says while DOC have done a wonderful job of putting up signs and looking after the sanctuary, quitting the area and taking the toilets is going too far.

“Surely some arrangement can be reached to administer these facilities.”

On August 18, an 18 month-old announcement on DOC’s website was highlighted, stating the walking track from the beach to the gannet reserve remains closed for ‘visitor safety work’…“do not walk on the track”.

Although the track was temporarily re-opened when the GNS report was released, Ms Nelson-Smith says an earlier report from Hastings Council suggesting the track was safe “was premature and sadly lacking”.

Representatives of DOC and the council subsequently went to Wellington to meet with GNS and talk through the site assessment.

Gannet Beach Adventures which has operated tractors and trailor units taking tourists to the gannets for many decades and paid DOC a concession fee was included in the decision-making process.

Owner Colin Lindsay says he understands the health and safety issues. “Everything has risk but DOC’s response is over the top and it’s time to put the common sense hat back on”.

He quotes the GNS report stating that risks on the Cape Kidnappers coastal walk “are slightly less than those from eruption hazards when walking the Tongariro Alpine Crossing without risk control measures such as monitoring volcanic unrest”.

And the risk to DOC staff, according to the report, is “lower than staff at Fox and Franz Josef” glacier valleys. “So why is Cape Kidnappers being picked on. There would certainly be an outcry if they tried to closed Franz Josef,” says Lindsay.

Ms Nelson-Smith says the increased focus on health and safety results from the 1995 Cave Creek disaster where a DOC viewing platform collapsed resulting in the loss of 14 lives.

After the 2019 slip DOC closed the track from the beach to the reserve citing safety concerns meaning Gannet Beach Adventures, for example, could not access the reserve and large gannet colony at the head of the peninsula.

Access remained uncertain while the geotechnical report into the safety of the cliffs was peer reviewed by GNS.

A year later, a large crack extending across a rockface was detected resulting in DOC closing the track from the beach up to the gannet colony ending even the shorter Gannet Beach Adventures walking tour.

“We don’t want to be Big Brother telling people what they can and can’t do. In fact we have no jurisdiction over the beach or Black Reef,” says Nelson-Smith.

The concessionary licence for Gannet Beach Adventures remains suspended until it meets the new safety requirements based on the GNS report and shows it can mitigate all risks.

Yet-to-be-built toilet facilities will allegedly be made available closer to the gannet colony on private land about 1km from the beach access.

The 2015 settlement states the land will be regifted to the Crown for all New Zealanders, although the official arrangements for this process were delayed through the Covid-19 lockdown.