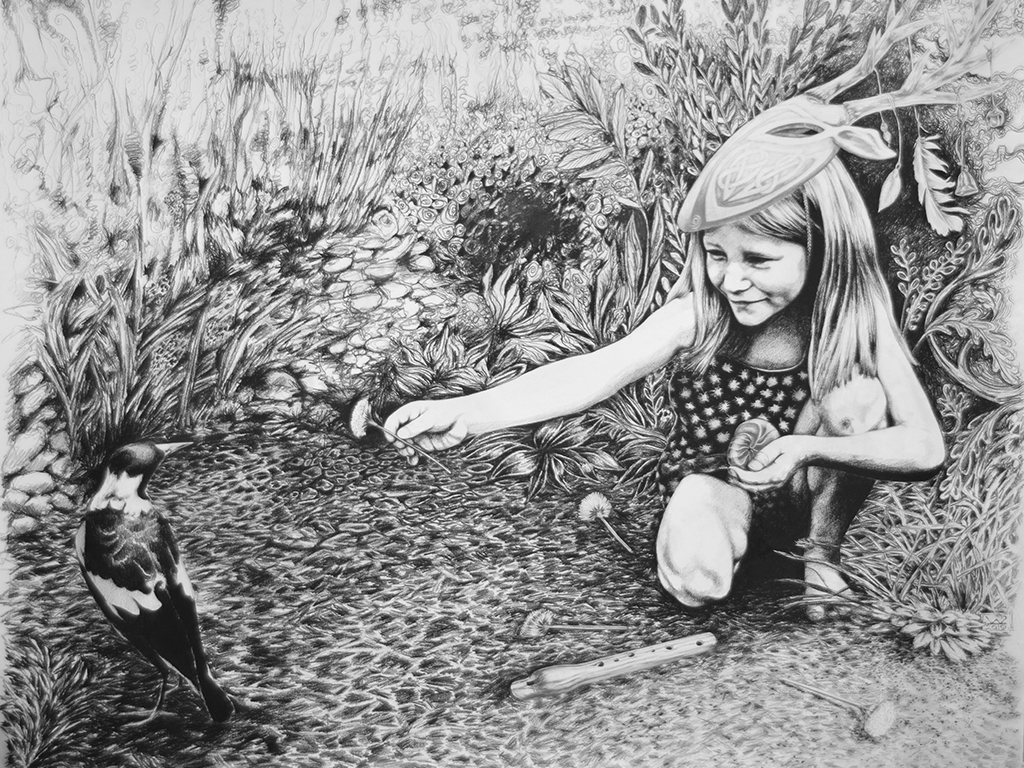 Katharine White’s  exhibition, ‘Motherwood’ opens at the Community Arts Centre in Hastings on 14 September (5:30pm) and runs for two weeks till the 26th.

It is loosely spread through the downstairs gallery and if visitors proceed through the exhibition clockwise they will be led around the process in which the work is created.  The imagery also reveals a lot about the artist herself.

From a series of black and white photocopies of photographs,  sketches, smaller photographs and snippets of words, the journey finishes with paintings and small sculptures of votive offerings. “In my work I am trying to convey a dream-like quality that is metaphysical, mythical, edgy and slightly out of this world ,” she says.

Her style is largely illustrative; she’s a drawer and has had work included with the New Zealand Portraiture Awards and the Parkin Awards exhibitions, primarily describing herself as a surrealist.  She is ‘an eager learner, curious about the world; I blend concepts in my mind’.

“The relationship between “Motherwood” and current times is in recognizing the necessity of returning to our Mother, to be earthing ourselves again, to be guileless and calm and to be nourished, despite the news and speculation being delivered by the media.”

Katharine lives her life as close to her dream as possible.  As a solo mother with three daughters aged 15, 12 and 11 who are home educated, and they appear, idealised, in her paintings. They live a rural life that is very full and diverse.

The imagery of fairies and the magical scenes that appear in her work is associated in the minds of many with Victorian romanticism, which was in itself a reaction to the overwhelming march of the Industrial Revolution in Britain. ”But these mystical symbols of a pre-scientific world are waiting to be rediscovered. Why would you choose a world devoid of magic?” she asks. 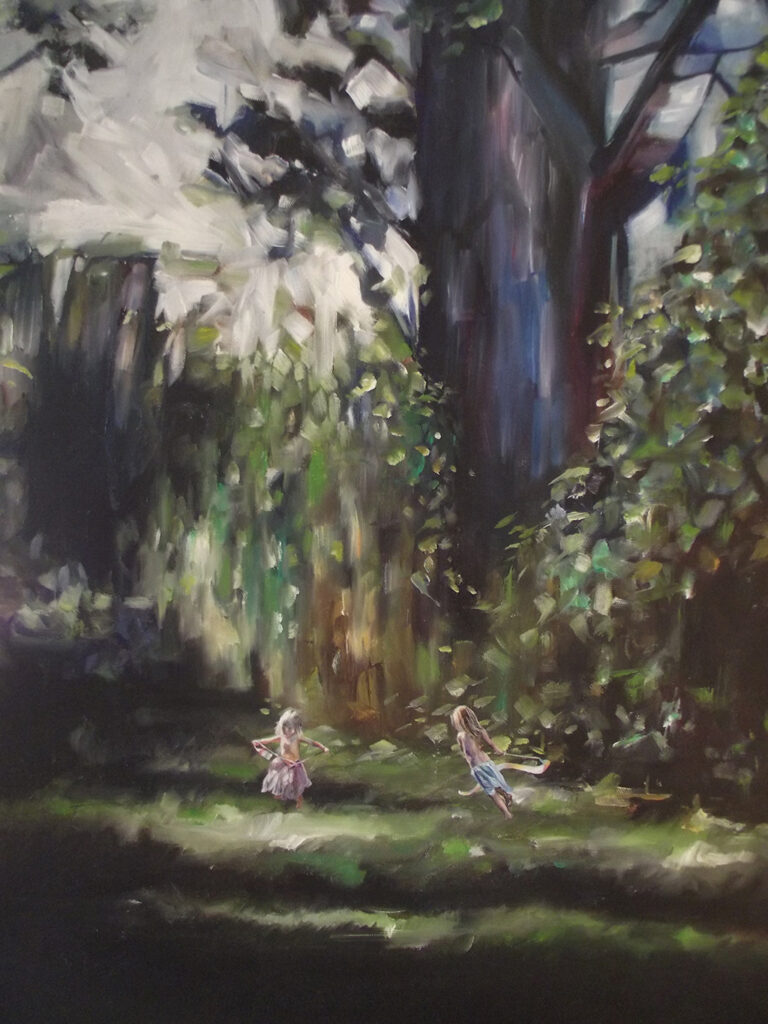 She was the illustrator for ‘The Gift Horse’ written by Sophie Siers and has had an annual commission with the Auckland Racing Club in Ellerslie to create an image of the winner of the Derby.  Pre-children, she worked in Dublin as a book and magazine illustrator utilising many different illustrative styles, which she believes was invaluable in her development as an artist.

In the land of the Celt (and the Anglo Saxon) she found a connection with the myths and values that touched her deeply; it was an awakening to her own indigenous roots in the Northern hemisphere.  Today she describes herself as ‘a fifth generation South Pacific Celt’, and through reading and research has found a strong affinity with the values of ancient times.  A Druidry study of the festivals of nature was a reminder that we are all part of this universe in earth.

“Indigenous people have always known this,” she says.  White seeks to get past the divided perspective of tangata whenua v colonist.  She is looking for a commonality between our cultures in Aotearoa/NewZealand and to find the creative connection with natural values and the relationship between Man and Nature.

Europeans who landed here or elsewhere as colonists experienced disconnection from everything they knew, and also, from those old beliefs.

“I believe the white-skinned races need help to re-member their roots that were lost in the transitions of Roman invasion, industrialisation and migration. Pre-Roman Celtic societies were really quite sophisticated and knew the Earth as closely as any culture,” she says, “and my work is informed by the cultural hearth-fire shared by all races when we go back far enough in time”.

This is Katharine’s sixth solo exhibition.

Art by Katharine White
Top: ‘The Game’
Below: ‘Dayspring’

One response to “‘Motherwood’ … Katharine White”