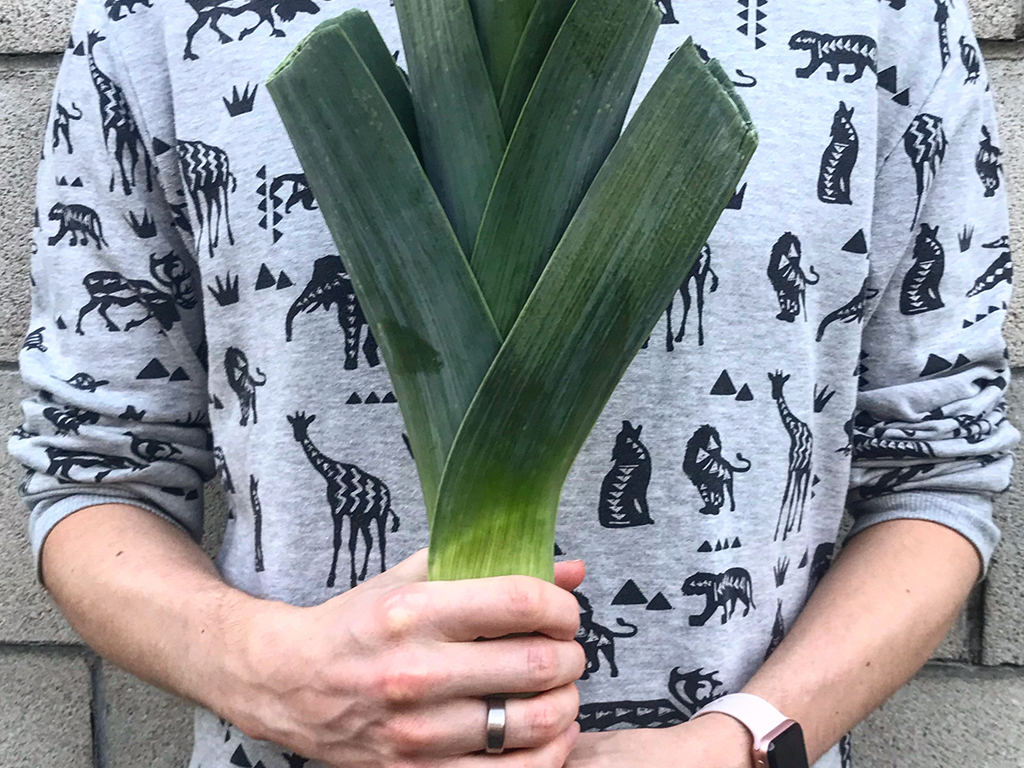 As we come to the end of the winter growing season, it is important to make the most of the seasonal produce that will soon shoot up in price and dwindle in availability. One of my favourite, and often overlooked winter vegetables is the humble leek (Allium porrum. Alliaceae).

Leeks stand out in the market garden with their imposing presence – long and thick white (blanched) leaf sheaths extending upwards to green leafy crowns. Their impressive structure makes them an excellent base for many dishes, but leeks shine brightest when paired with simple ingredients that complement their subtle, sweet, and savoury flavour.

In Egyptian history, leeks were regarded as a sacred plant. There are wall carvings that suggest leeks date back as far as the second millennium BC. Fast forward to the 21st century, and while you will not see too many folks bowing to their patch of leeks as the Egyptians once did, they are certainly still worthy of inclusion in your vege garden.

And shoutout to the creators of Pokémon who were such fans of the leek that one of their creations (Farfetch’d) brandishes a leek as a weapon in battle.

The most common types of leeks in New Zealand are the Musselburgh and Cardiff/Welsh Wonder. These varieties grow well in all New Zealand climates, including subtropical, cold, and temperate. Leeks are best planted in late summer/early autumn. Seeds need soil temperatures of at least 7°C to germinate so it is better to grow leek seedlings under cover or indoors. Follow these steps for successful leaf growth and harvesting:

If planting leeks is not viable on your property, make sure you purchase them seasonally from your local market garden, as seasonal leeks are often only $1-2. If wanting value for money, go for the leeks with the thickest, longest white leaf sheath, as it is the white and light green parts that are mostly used in cooking (the dark green tops tend to be very tough, so need to be cooked long and slow to be palatable). Leeks are relatively high in iron and manganese, important for bone formation, free radical defence, and nitrogen metabolism.

Below I share a recipe that showcases the mighty leek in its all glory. Caramelising the leeks adds depth and subtle sweetness to this simple spaghetti dish, perfect for a long lunch with friends or a speedy weeknight meal. 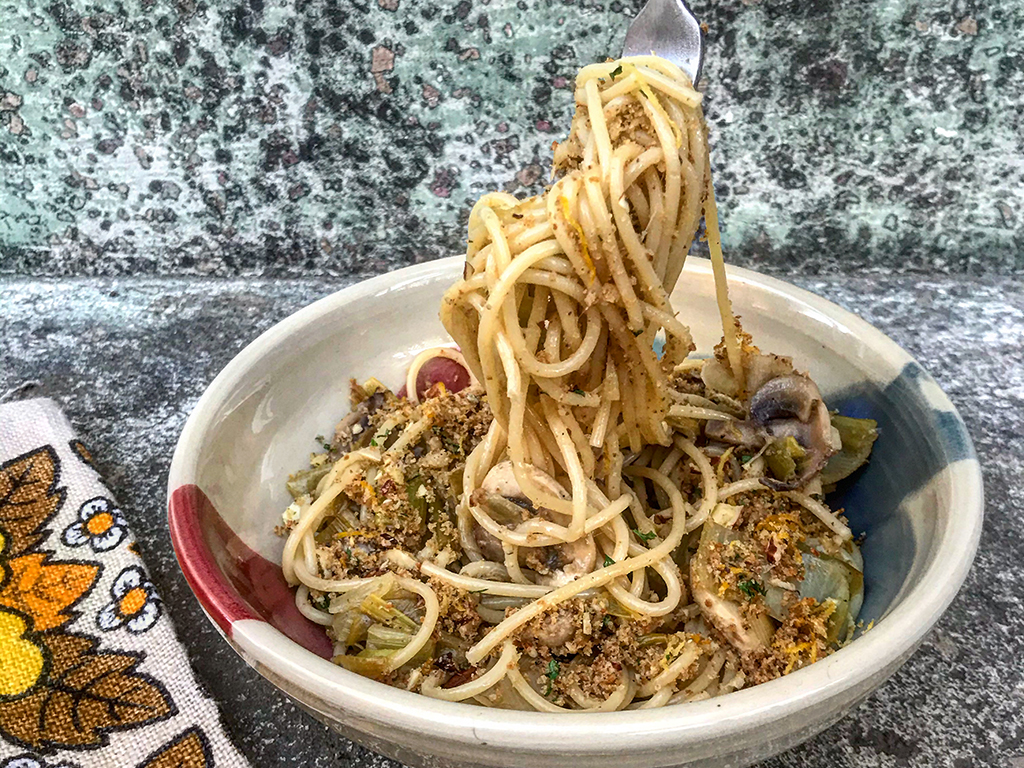 Serve your spaghetti warm, topped with a generous sprinkling of pangrattato.