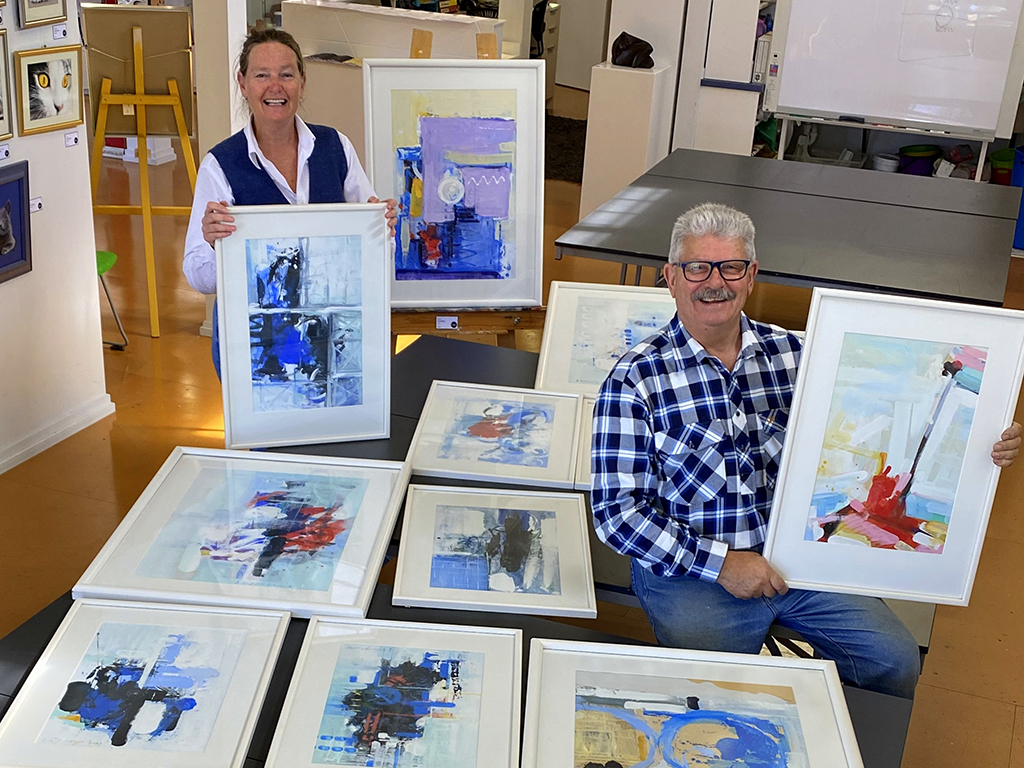 Iranian artist’s works to be auctioned in Napier

Asgar Bozorgi is an Iranian artist, resident in Berlin, where he is a successful artist and sculptor.

Born in Tabriz in Iran in 1954 he studied at the art school there; from 1983 until 1989 he studied painting at the University of Mimar Sinan Instanbul, Turkey. Since 1989 he has lived in Germany, originally in Heilbronn and since 1998 in Berlin.

On Friday at the CAN (Creative Arts Napier) a series of 18 of his colourful abstract paintings will be sold at auction with CAN as the main beneficiary of these early works Bozorgi. The story of how these early works found their way to Napier is quite intriguing.

Born and raised in Iran and after studying in Istanbul, he decided to move to Germany, driven by the need for freedom to paint unfettered by the the restrictions he had experienced in his own country.  He was desperate to live in a democratic country that would guarantee him freedom of expression.

Tanja Blinkhorn brought the paintings into CAN at the request of her mother Helga who had recently moved into a retirement facility, requesting that they be sold and that the proceeds should go to support the community arts facility. 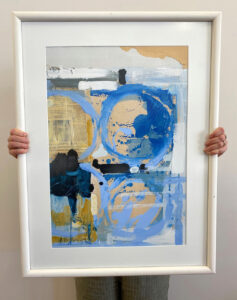 The paintings displayed in the main gallery convey emotion through a combination of color and light. There is a play between surface and depth, concealing and revealing, using layers of translucent paint through which subtle forms are visible, like a form of meditation on reality – contemporary abstractions.

Tanja revealed that when Bozorgi first arrived in Germany he was penniless, but grateful to have found the freedom to paint what and how he liked. He was befriended by her mother who offered him a spare room at the family home in Heilbronn, in southern Germany to help in that early stage of settling in. He felt very obligated as he had no money, even to buy the paints and canvases and Helga bought them for him. To repay her he painted and gifted her all the paintings in this collection. 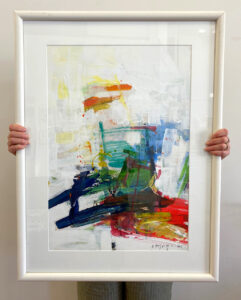 Helga left Germany in 1991 to move to Capetown in South Africa, the same year that Tanja moved to New Zealand. All the paintings went with her to Capetown and she lived there for ten years and while she loved it, as South Africa became too unsafe to continue living there, she explored the idea of moving to New Zealand.

By this stage Tanja had become a New Zealand citizen and since she is her only child, Helga qualified for permanent residency and moved to Napier bringing all the paintings with her.

The family decided to donate the paintings to CAN, so they could be purchased by local art lovers and stay in Napier. The auction, led by Harcourts auctioneer Brayden Coldicutt will start at 5.30pm on Friday 4 September when seven large original paintings will go under the hammer. The remaining eleven paintings will be priced to sell.