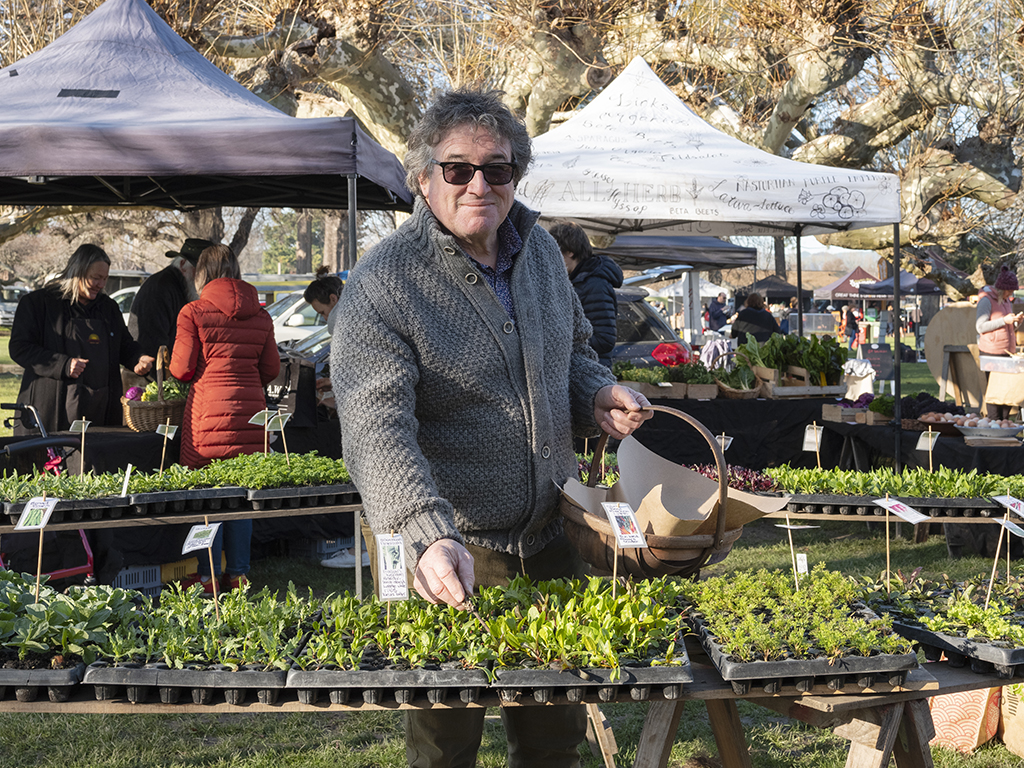 More than deli on the lawn?

The Hawke’s Bay Farmers’ Market has been here twenty years now.What if we’d stuck to the original ideas?

Twenty years ago the buzz was about food miles and getting to know your local grower. The burning questions ran something like, “How far has this cauliflower travelled to reach the supermarket? Has it been to Auckland and back again? Who grew the cauli? How should I store it? Was it harvested this morning? How should I cook it?”

I’ve contemporised the story with today’s sexy cauli. Of course we all remember that cavolo nero was the darling of the brassica family in the year 2000.

The Hawke’s Bay Farmers’ Market launched at the end of October 2000. Passion and urgency to act were in plentiful supply. Graeme Avery gathered a group of likely growers and makers together in July and we grabbed the cauli by the leaves and set about creating an opportunity for local growers and artisans to sell their wares in a place where all walks of local consumers could come and buy the freshest and finest local produce direct from earth-covered hands.

A trading environment that generated a social hub was the vision.

Our ideals were lofty. Stallholders could only sell what they grew themselves or goods that they made themselves from Hawke’s Bay primary produce. Exceptions for coffee, bread, and chocolate were made; well you can’t live on cavolo nero alone! Importantly, the grower would ‘person’ the stall themselves, sharing knowledge and expertise. Authenticity would reign.

The big picture we drew was of growers diversifying to fill opportunities, gaps in the market. Biodiversity would develop as growers increased their range of produce to meet the market needs. Tastier, heirloom varieties would be cultivated. The focus would be on big flavour rather than long shelf-life. Local chefs would come and shop. Stallholders could sell funny shaped rejects. Produce would change hands at somewhere between wholesale and retail – a win/win. The low barrier to becoming a stallholder would allow small scale growers to find a profitable outlet.

Something for everyone! Cheap seconds for preserving, big bags of staple veg; spuds, carrots, and cabbages that had been plucked from the earth and rushed, still moist and muddy, to the market. Consumers would have easier access to local food. They would buy less ‘imported’ produce. Relationships with the growers and makers would be forged thus compelling return trips to buy weekly. 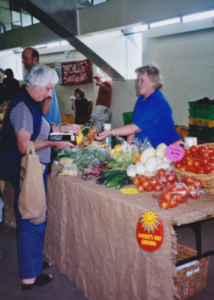 Ready-to-eat food was deemed a distraction from the main purpose of shopping. We ran a bacon and egg roll stall from which profits were put back into the market. No other hot food was allowed. Not too many chairs! “If they’re sitting they’re not shopping.” The vision was of a hustling, bustling market rather than a brunch spot. Vendors spruiking their wares, yelling out the deals. We pictured wooden bins full of produce being eagerly stuffed into hessian bags by anyone and everyone.

Like a failed leadership coup, however, we didn’t have the numbers.

The vision relied on creating a backbone of staple produce. We failed to enlist sufficient veggie growers. The market was never abundant or cheap enough to attract large numbers of locals. Sure there was a spike in sales of wicker baskets and repurposed hessian coffee sacks, but more for show than purpose. I mean how much of your weekly food shop can you fit into a small wicker basket? A certain sartorial style was adopted by our customers.

We had created the social event but not the win/win weekly trading event. The market quickly became a seasonal tourist attraction. A place for locals to bring out-of-town family and visitors. We grabbed the vacant Sunday morning slot which was largely uncontested in 2000 and became a big part of the wine and food tourism drive of the time. 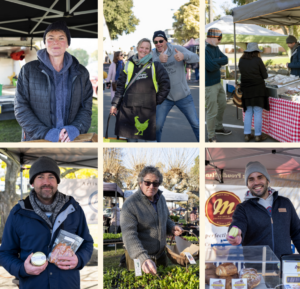 I’ve always viewed the market with farmer’s eyes (my own) and lamented the deli-on-the-lawn style the market has developed, in part, over the years. I have curmudgeonly snarled at certain stalls of baked goods, hot food, and at the perfectly uniform onions, carrots, etc, “sold by the grower”. Surely it’s impossible to grow perfectly uniform vegetables?

So what if we’d stuck to our knitting? That’s a big discussion to be had. My favourite answer is a collection of forty stalls. Biodiversity would be greater. Produce sales would be higher. No brunchers allowed. My other guess is that the strict format would have led to the failure of the market.

Today’s manifestation is a star of the food, wine, and tourism sector of Hawke’s Bay. It gives shoppers what they want rather than just what the movement prescribes. The market has contributed substantially, over the last twenty years, to the social fabric, food culture, tourism sector, employment, and business incubation in Hawke’s Bay.

It’s a grass-carpeted deli and important business and social hub to be proud of.

Here’s to the next twenty years.