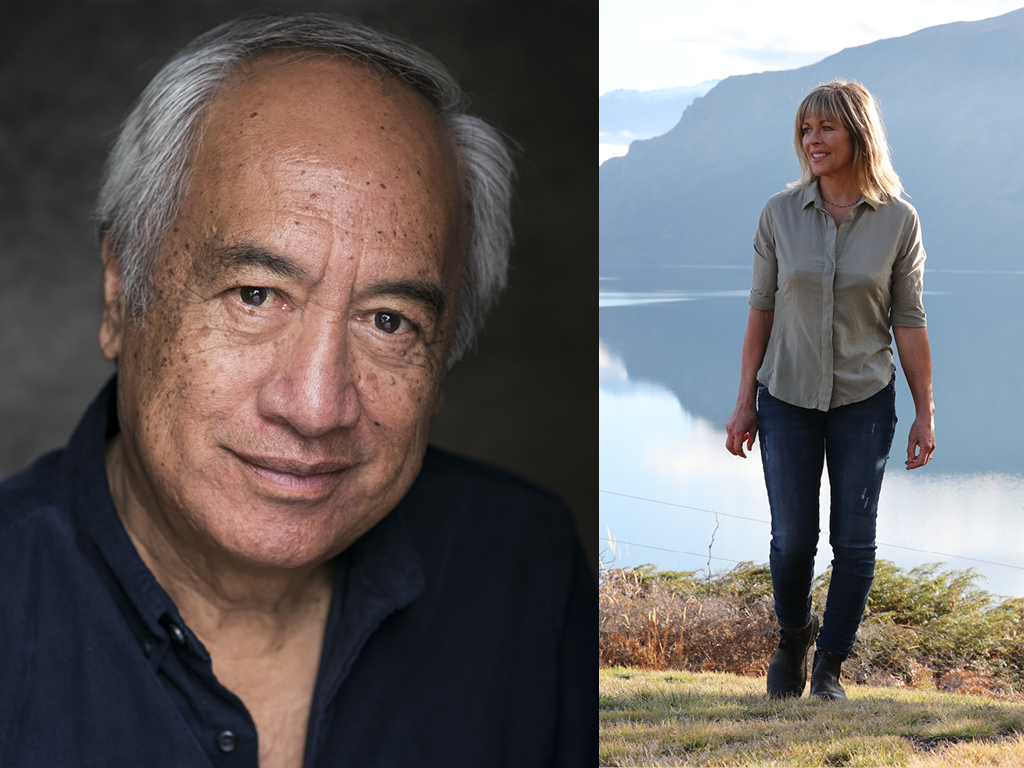 The Harcourts Hawke’s Bay Arts Festival machine is roaring full steam ahead for a stellar line up in October.

Nestled quietly but proudly within its embrace is the independent organisation known as Hawke’s Bay Readers and Writers Trust. This is a group of (currently) six people, including me, who wrangle publishers and writers and hustle sponsorship from unsuspecting literary art lovers and community groups. The result is a varied and fascinating programme of writers intended to appeal to all readers and entice self-identifying non-readers to pick up a book.

The full festival programme goes live on 1 September and until then it’s a closely guarded secret. If you’re reading this before then, what follows may or may not be relevant to the programme and you never heard it from me.

Let’s begin with … brace yourself … Witi Ihimaera! The first Māori writer to publish both a book of short stories and a novel: writer, journalist, postman, Distinguished Companion in the New Zealand Order of Merit, honoured by the French as a Cavalier Des Artes et Lettres.

All this and a brand new book coming – the book he says he has been writing since he was a boy on the marae listening to myths and legends of how the sky was made and the coming of the canoes to Aotearoa. Navigating the Stars is set to be like nothing we’ve seen before, and you might just get to see it in Hawke’s Bay first, because we are the centre of the universe.

One of the most popular genres in literature is, of course, the highly entertaining and often disturbing crime/thriller/murder mystery. So what goes on in the minds of those who write this stuff?

Cynric Temple-Camp is the author of Cause of Death and The Quick and the Dead. He’s a pathologist, a fact finder, and these tales are of the real-life plethora of ways in which we might meet our end. If we pair up this renowned expert in his field with two authors who make stuff up, what will happen?

Nalini Singh, hitherto known for bodice-ripping vampire stories, has turned to crime in her latest novel, A Madness of Sunshine, in which a small West Coast community is rocked by the disappearance of a young woman.

Golden Cove reacts how Havelock North might react: whispers behind doors, deadly secrets desperate to come out, neighbours and friends turning on one another.

Beloved Hawke’s Bay frequenter Charity Norman recently released The Secrets of Strangers in which the murderer is not really the bad guy. Ooooh we love it; if these three got to have a conversation it would tick all our hitherto closely-guarded necromantic boxes. Shivers.

The Bay is full of people running up and down Te Mata Peak and nicely turned calves pedalling furiously along our roads and limestone paths. What motivates (some of) us to push that bit harder, climb that mountain, ford every stream?

Steve Gurney, nine times winner of the Coast to Coast, has written not only of near-death by bat dung and shaving the bristles from your toothbrush to cut down the weight of your pack, but is a frank sharer of the massive lows that can come from being a record-breaking human. Matt Calman’s book, The Longest Day: Standing up to Depression and Tackling the Coast to Coast, also tells of debilitating mental distress and the challenge of fighting your way out of it. Extreme sports, life lived to the absolute max, extreme highs and crippling lows.

Aotearoa is home to more than half a million registered dogs and during lockdown I think I met most of them (at a distance). Mark Vette is the person to turn to if your pup needs a bit of direction. His books Dog Zen and Puppy Zen provide guidance in a gentle way that will ensure a harmonious relationship between person and pup. They are also full of colour photos of irresistibly cute floofs.

Another dog-related book that had me laughing and crying was How To Walk a Dog by Wellington journalist Mike White. Whilst walking the windy wilds of the city he (and rescue dog Cooper) have made many lasting friendships, hidden many top-quality sticks for the next day’s use and sorted out the odd emergency.

What if these two writers were to get together for a chat, and there was maybe even a demonstration of how to turn your pupper into the best animal in living history? I’d go and see that.

Any provincial festival should honour its local talent and Hawke’s Bay has a large contingent of top-shelf writers (and I don’t mean their surname begins with A). Mark Sweet, Cristina Sanders, Catherine Robertson (she sometimes stays on the HB coast so I’m claiming her), Adele Broadbent, Mary-anne Scott, Gareth Ward, Sarah Myles. Hearing Sarah Myles speak at the launch of her book, Towards the Mountain: a Story of Grief and Hope Forty Years on from Erebus, was one of the most moving literary experiences I’ve ever had. Her grandfather was on that plane and her book is the painstakingly researched story of what happened to him from the moment he set off to after the family got to say their goodbye. Incredible.

Cookbooks sell like hot cakes and when a new Annabel Langbein comes out there’s pretty much a stampede from the faithful. This year, Annabel is changing it up a bit with a memoir entitled Bella: My Life in Food. The book is out in October, but I’ve had a bit of a bookseller’s sneak peek and gosh she’s had an interesting life. There are 60 recipes in the book which Annabel says she lives by; she’s looking pretty good on it too.

When we’re not selling cookbooks we sell many copies of The Dragon Defenders series by children’s author James Russell. These stories have got many a reluctant reader hooked by their scaly claws. The characters have no internet, no cell phones, no TV and are pretty much self-sufficient on their island (which has dragons!). Clearly, that’s what the digital natives really want. I mention James as he visits the Bay quite a bit and it’s possible he’ll swing by in the school holidays.

Wouldn’t it be marvellous if we could entice such quality to our humble but fabulous wee festival? We’ll have to wait and see the full programme when it launches on 1 September, then hurry to purchase tickets for the finest Readers and Writers programme ever run by six dedicated volunteers.