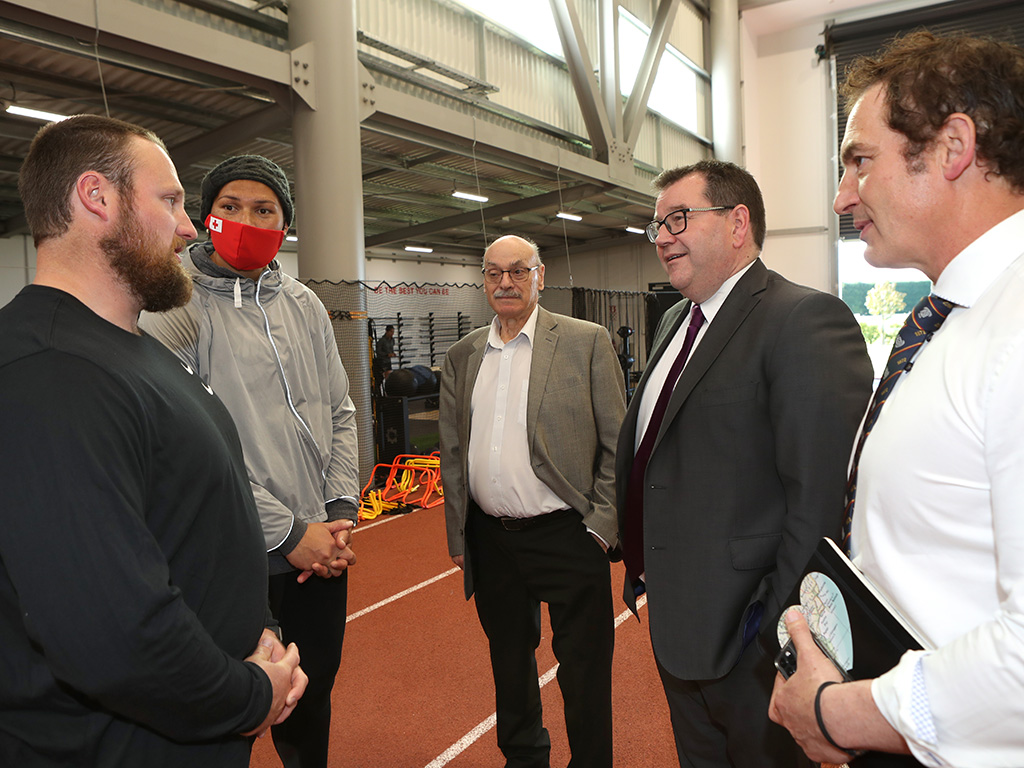 Hawke’s Bay’s future as a host of national and international multi-sports was outlined to Minister for Sport & Recreation, Grant Robertson on his visit here this week, with three capital projects in the pipeline expected to create significant economic benefit to the region.

The Trust is currently working on three capital projects that will combine to become a significant income earner for the region.

The largest of the three projects is a $32 million Hawke’s Bay Regional Aquatic Centre, which will link into the current EIT Institute of Health & Sport facilities and will open in early to mid-2022. It is expected that around 166 full-time equivalent jobs will be directly generated through this project.

The other two are a $3 million extension of the current sports hall, and a new $5 million accommodation hostel adjacent to the current Institute.

“Regional, national and possibly international sports events could be held at the Park and across the region, bringing in a significant number of athletes and supporters, with the visitor spend materially helping the post-COVID economic recovery of the hospitality and retail sectors in Hawke’s Bay.”

However, it isn’t just the economic benefit that should be counted, said Sir Graeme. There will also be huge community aspirational benefits.

“The opportunity for local athletes, particularly young people, to participate in major events here in their own region, with whānau and their community watching and supporting them is a huge part of why the Trust was formed.

“Not to mention, the buzz for all users of the Trust’s facilities, from school children to our community gym members working out alongside and rubbing shoulders with national and international athletes, is very motivational.”

The Aquatic Centre will boast an International Swimming Federation (FINA) global elite standard pool that will add to other world-class sporting facilities located at the regional sports park.

The Trust has been working on securing funding for the three capital projects with contributions coming from the Lotteries Significant Grants Fund, the Provincial Growth Fund, and the Infrastructure Reference Group’s (IRG) shovel-ready funding.