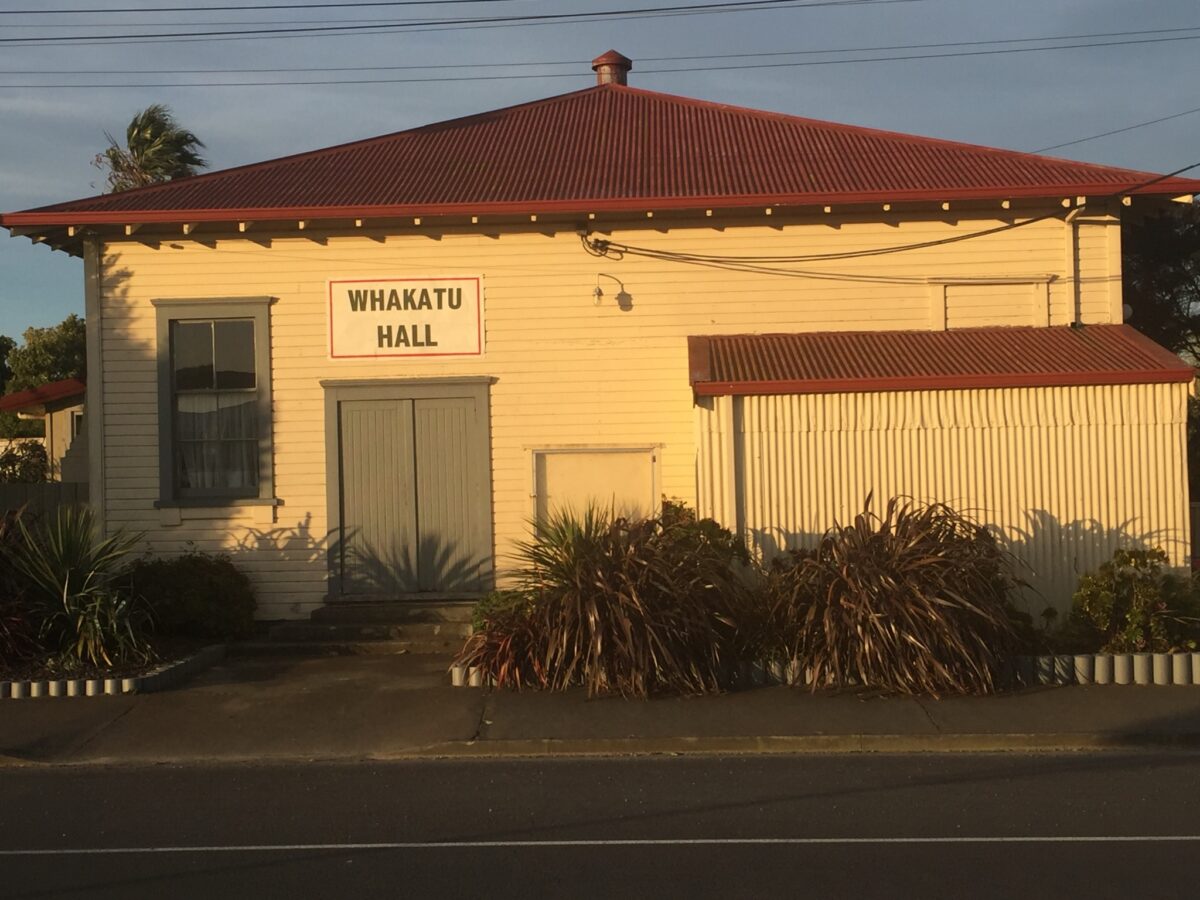 On Wednesday night, officials of Napier Port, accompanied by collaborators from the Hastings and Regional Councils, went on bended knee to apologise to the residents of Whakatu for inflicting the Whakatu Inland Port upon them without their consent.

The fifty or so residents at the meeting politely, for the most part, accepted the apologies tendered by Port chairman Alasdair MacLeod and CEO Todd Dawson. But as several noted, apologies don’t resolve the substantive issues causing residents to oppose the development.

At times, strong emotions were bared, one resident weeping over the incessant current noise injuring her health, which a 24/7 Port operation in Whakatu would worsen.

Another noted the projected 170% increase in truck traffic through their neighbourhood, which again would occur at all hours and days.

Another spoke of the increased stormwater run-off that would result from paving over substantial acreage, where it’s acknowledged that current drainage is already at capacity and indeed overwhelmed by heavy storms, leading to flooding.

Another predicted that putting the Inland Port in Whakatu would just be the beginning, a magnet, with all sorts of additional industrial operations then flocking to the site and compounding ill effects on the community.

And another claimed that a better site was available that could ameliorate some of these issues, plus save high quality soils, but that the Port, already owning the presently-designated land, was too stubborn to seriously consider an alternative. 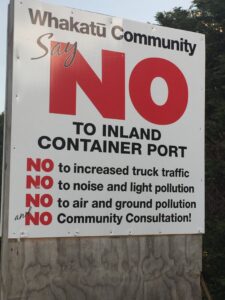 None of this had been previously discussed with the residents of Whakatu … the chase for Covid Recovery dollars had set the councils off in a frenzy, like greyhounds chasing the mechanical rabbit, with the effect of speeding up the project by several years.

With $20m in the pipeline from Government, the Port officials listened studiously and nodded appropriately, but effectively said: This land will be developed … if not by us, by someone. In other words, best to dance with the devil you know.

Mostly officials said they had no answers on the night, but when they did speak vaguely of sound insulation, limits on truck movements, or holding ponds and artificial wetlands, it all left the impression of putting lipstick on a pig.

What no one made clear during the evening was precisely what official decisions by Government, or HBRC and HDC consenting authorities, were still required to be made — if any — and still contestable. Sounds like a ‘done deal’, with the discussion moving on to how to appease the hapless locals.

If that’s the reality of the situation, perhaps the most practical idea of the evening came from HBRC chairman Rex Graham, who suggested that a way be found to close down the main road running through Whakatu’s residential area, the favoured straight-line route of trucks headed for Napier Port. Force them to head via the vaunted new highway (Te Ara Kahikatea) onto Pakowhai Road and then on to the Expressway.

One angry resident spoke of blocking the truck traffic … perhaps he had spike strips in mind!

It’s not clear where this all goes from here. The Inland Port concept is sound. The location at issue has been designated as industrial use since 2003. Although not without critics, Napier Port has a decent record of engagement with the public … and as one speaker emphasised, is ultimately accountable to its majority shareholder, HBRC, who cannot passively stand by. And the people of Whakatu have fundamental rights to their personal well-being, and can’t simply be expected to take a blow to the gut for ‘Team Hawke’s Bay’ without redress.

Somewhere in the BayBuzz Constitution it’s commanded that we speak up for the underdog. In this case, that’s clearly the people of Whakatu. So we will continue to follow this issue with their interests at the forefront.

6 responses to “Napier Port vs Whakatu”