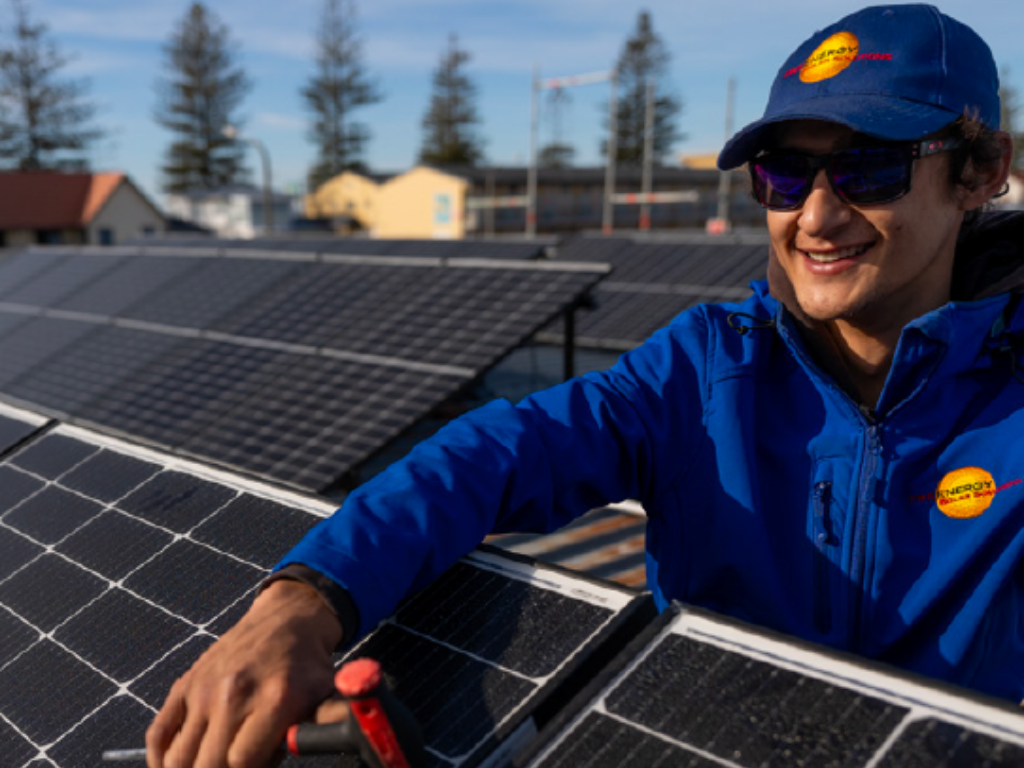 It took around nine months to decide on solar after looking at wind power and diesel generation; while the latter offered savings, it wasn’t in keeping with the club’s environmentally sustainable ethic.

“We’ve been here for 100 years and we want to be here for another hundred and do it in a way that is affordable and good for the environment,” says CEO Dorothy Paki.

“We’re a massive user of electricity and even with 180 panels we still won’t be able to charge a battery and will need to use the grid,” she says.

Over time the monthly power bill has gone from $5,000 to $9,000 forcing the RSA to look at better power management, including converting half the building to LED lighting, to get back under $6,000.

The $100,000 panel investment will deliver 67kW of power generating 91,000 kWh per year, allegedly saving around 50 tonnes of CO2 emissions.

“We knew we had to do something so we made this investment to save half our power costs. I’m optimistic we can recover that over six years,” says Paki.

The RSA views its effort as a first step in protecting against further power company price spikes and is open to future options as technology evolves, including another solar DC to AC power inverter and batteries.

The Napier RSA chose Freenergy Solar Solutions after talking to schools and clubs who used their technology and getting quotes from several companies.

Freenergy managing director Aaron Duncan says the RSA has about 16 heat pumps, a number of TVs, a massive electric commercial kitchen that runs from 5am until 11pm at night and “shed loads of refrigeration including inefficient bar fridges using up a ridiculous 440,000kW/h a year.”

Freenergy has included monitoring technology so Napier RSA can see what they’re using versus what they’re generating to assist with smarter use of appliances and electricity use.

Duncan says there’s been a steady increase in residential and commercial inquiries and installations post-Covid. He puts that down to people using more power during lockdown and having the time to take stock of the cost of living.

He says prices have also come down, making a better return on investment over 6-10-years. Battery storage is becoming more common and is now included in about 30% of installations, even though it adds significant cost to standard grid sizes.

Hawke’s Bay Regional Council’s Heat Smart programme, allowing home owners to borrow up to $20,000 and add it to their targeted rate, has also made a difference.