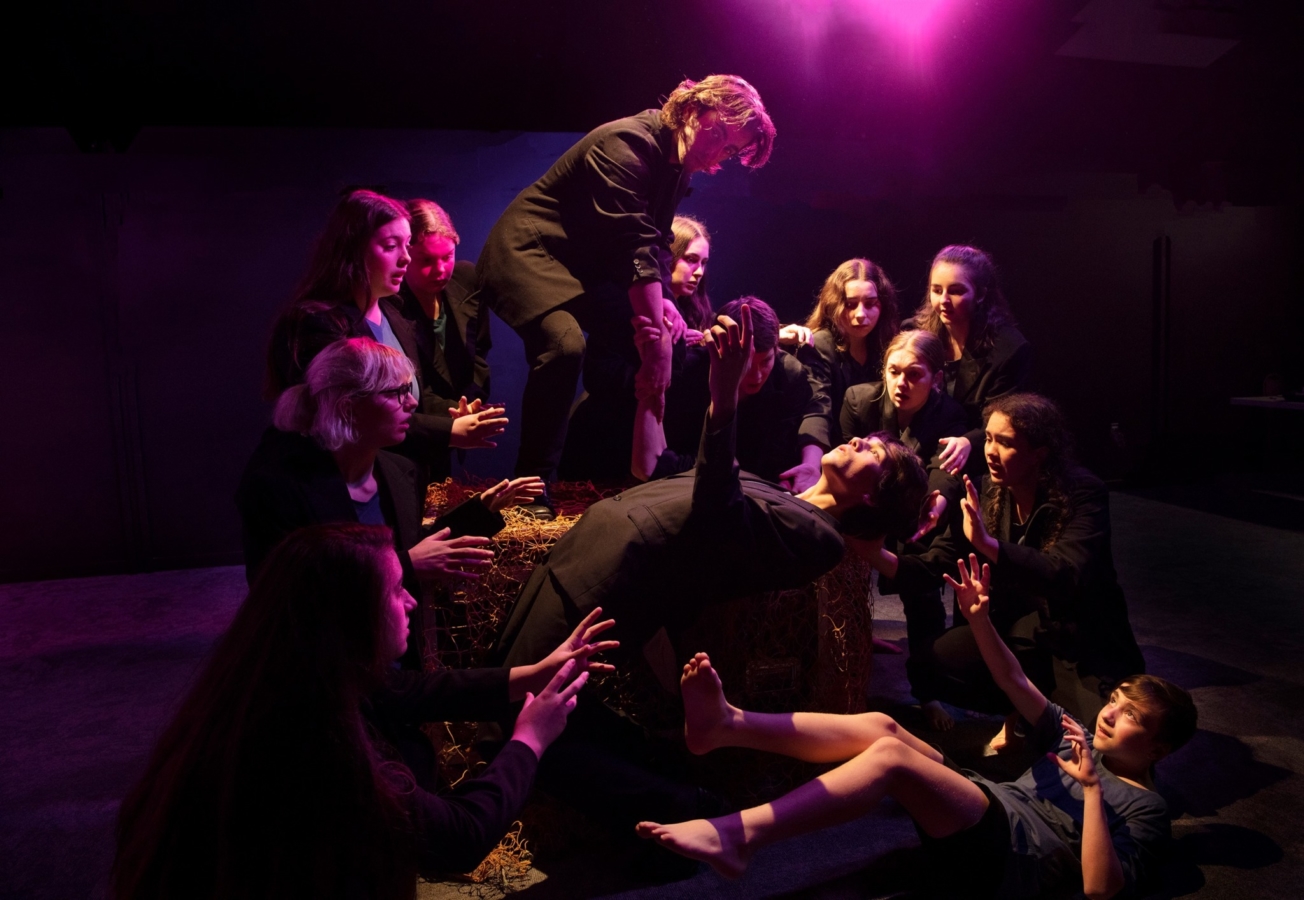 It is just over a week until our opening show Transfigured Night by Lemi Ponifasio, and in a moment of exhaustion after another late night at work, I ask myself, does art really matter? For the festival team and me it’s been a year of curveballs and already, we’re working on the funding applications for next year. Why do the arts matter to me, to you, to us?

I was lucky enough to grow up surrounded by art. I had no choice. My grandfather was a stock broker in Amsterdam, but his passion was being an art patron and collector. He passed away in 1930 and left enough for his family to get through the second world war, but more importantly, he left us a legacy of valuing the arts.

My mother was a ceramic artist who, when she met my father, had her own studio in Amsterdam. He had left Switzerland for the Netherlands on an adventure after spending his early 20’s patrolling the Swiss borders on a bicycle during the war. He chose to follow his passion, becoming a graphic designer against his father’s wishes, and so found his serious first job in a graphic design studio in Amsterdam, next door to my mother’s art studio. The rest is history.

I grew up with parents who valued the arts, so much so that as a self-employed artist, my dad left his own legacy by documenting Swiss towns for 40 years in precise panoramic views drawn in ink on paper. He not only showed me that following your true calling offers you a great chance for happiness, but also that you can bring up a family successfully on an artist’s wage, even in Switzerland. No mean feat.

Many people, including many politicians, think of the arts and arts education as a luxury. But the truth is that we can’t afford to live in a world without art. The arts aren’t just for artists. Imagine a world without the arts? No music, design, poetry, books, no theatre, no comedy or dance – no joy! What if we didn’t have Leonardo, Van Gogh, Mozart, Warhol, Nina Simone or Jimi Hendrix? What if there were no stories told through carvings, waiata, korero, poetry or prose? We couldn’t imagine our world; it frankly would not be worth living in it.

Participating in the arts is even more important now than ever, be that in school or in the workplace, as an individual or group, with family or friends: it strengthens creativity. It is the fuel that drives innovation and innovation is the key to the nation’s economic recovery.

Over the last five years we have created an opportunity for young people to join the festival experience through our free Furnware Ambassadors programme. This year we have partnered with Toitoi and their new Creative Leaders programme offering more than 60 young people the opportunity to be mentored by artists to develop their own work as part of our programme, and ultimately performing their work,  Threads of Touch, on the Opera House stage.

As part of their experience we asked them to express the importance of the arts to them and here’s what they said:

“In our current environment, the world can often feel enclosing and isolating. We are constantly separated from others. We crave human interaction now more than ever. It is simply not enough to experience others through a screen — we must experience it live. Being two metres apart exemplifies the desire for connection. While it may be unsafe to communicate intimately (in terms of closeness), it is necessary to have some form of communication.”

“As a human, I long for connection — to be a part of something — both as an audience member and a performer. I long to feel bridged to what is happening onstage — especially after months of neglected connections due to the nationwide lockdown. As a performer, I long for the connections both with fellow cast members, also to the audience. Sometimes, our world can sink before our very eyes, meaning we need something to keep us afloat. A message, theme or idea will usually act as a lifeboat in this situation. And the best place to find these is on the stage. It is a privilege to be able to perform on stage and with multiple disciplines.”

Everyman at Keirunga Theatre performed by Hawke’s Bay Youth Theatre is another youth Festival initiative. The production gives young performers the chance to take on this classic humanity play. Here is what a student said about the impact of this experience.

“Everyman is extremely important to me because it acts as a mouthpiece for the current need for change. It is a rather confronting show, which I think is really special, it doesn’t hesitate to make people step outside of their comfort zones. Everyman can teach audiences that every action has consequences. I’m really looking forward to showcasing Everyman to Hawkes Bay and help inspire people to make a change!”

Art connects us to the world, to each other, to others we can never meet or know. It affirms our relationship to the rest of humanity. So when we are going about in our busy lives taking for granted the beauty of art and design, aesthetics, language, even romance, art provides the opportunity to engage in meaningful conversations directly or indirectly. Let’s take a moment to reflect on how art impacts you and what a difference it makes to your quality of life, your experience as a human.

So I invite you to indulge yourself in a festival full of meaning and magic. Buy your ticket, don’t wait until it’s over or just attend a free show, because your participation is part of the equation and without that the Festival is at risk and you, us and our region would be the poorer for it.

One response to “Does art really matter?”