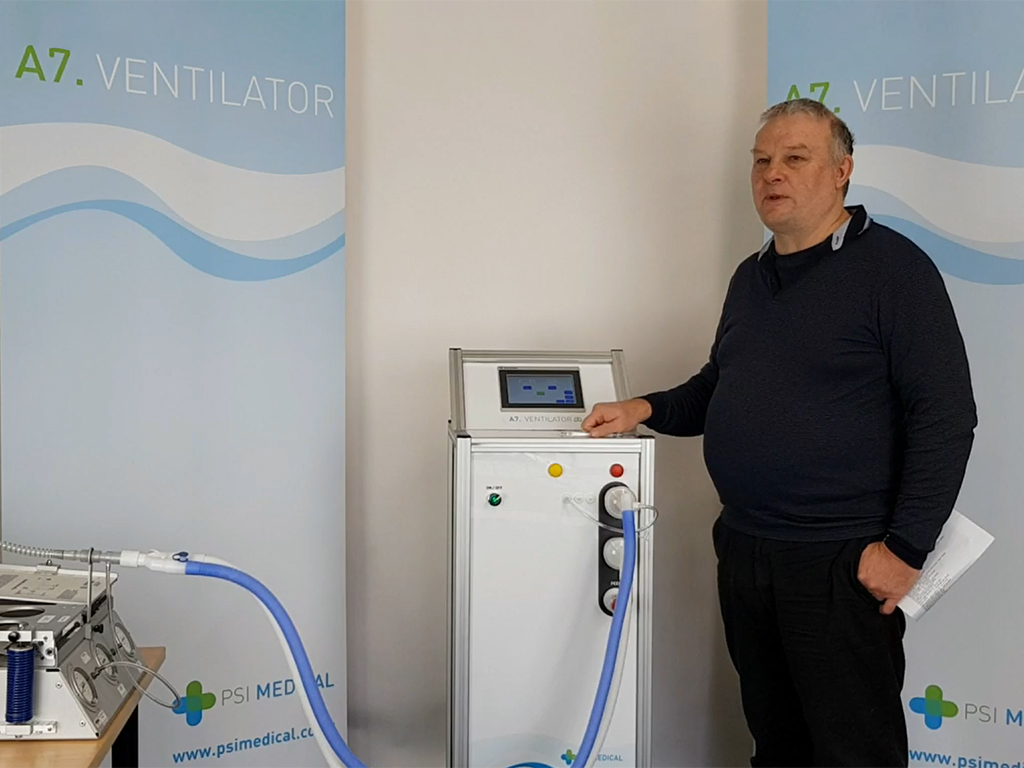 An affordable, easy-to-use medical ventilator developed by Napier-based Polymer Systems International (PSI) must pass through a barrage of regulatory bureaucracy before it’s allowed on the market.

The ventilator, developed in response to a Government plea during the Covid crisis, is now at Hawke’s Bay Hospital undergoing dry testing on dummies and apparatus used to calibrating similar medical equipment.

The initial idea came from PSI founder Stephen Crawshaw who put the prototype together. On connecting with the Covid response team in Christchurch, he was referred to Ross Freebairn, intensive care consultant and clinical director of acute services at Hawke’s Bay Hospital.

“We believe we have given him what he wants in a ventilator. He’s been very supportive and is excited about this,” says PSI general manager, Eddie Crawshaw.

Discussions continue with New Zealand Trade & Enterprise (NZTE), Auckland University and others to determine which compliance and standards need to be complied with.

The New Zealand certification process has “a standard for just about every button and function,” says Crawshaw. “We’re trying to determine how many we need to tick off, how long that will take and how much that will cost.”

So far, it’s looking like PSI will need to employ one or two people full-time to go through the process — “the paperwork is phenomenal” — and spend over $100,000 in costs. That doesn’t take into account the massive waiting list for certification standards approval, says Crawshaw.

The big hope is not only to meet the local demand, but also export ventilators to countries that are less privileged. The expected price is $20,000 to $28,000 per unit as compared to $40,000 and above for imported versions.

“We’re comparing this with very high-end machines that are made in Switzerland, but we’ve simplified it so it’s more affordable for rural areas or places who struggle for funding.”

The ventilators would be made in Napier using PSI’s hi-tech robotics plant. The most complex part is the programming of the process logic controllers (PLCs) to talk to the sensors, which involved Hawke’s Bay electronics engineers for the prototype.

Over 100 ventilators arrived in the country mid-September with another 200 due by the end of the year at a cost of around $76 million to future proof the country from potential Covid-style ICU admissions.

New Zealand currently has 482 ventilators available for hospital use with 178 more being dispatched from China, Europe and Australia.

To be used in New Zealand, ventilators must be internationally certified through the Medsafe Web Assisted Notification of Devices (WAND) with either a CE European Union standard or Australian TGA (Therapeutic Goods Administration) approval.

The Australian certification was amended and rushed through in April this year to enable ventilators that comply with minimum technical requirements to be made in Australia to treat Covid-19 patients.

Crawshaw says he’s tempted to take his design and manufacturing capability to Australia.

PSI, a family company founded by Stephen Crawshaw and run with his five sons, began its 40-years in the plastic moulding business in their backyard with rotational moulding equipment in the 1990s. Today it uses a massive robot-assisted injection moulding to produce its products which are used across the country and in some case exported.

It recycles and produces all types of PET plastic bottles, creates dairy shed equipment, including new soft polymer calf feeding and milking shed teats, and in-mould labelling for a range of heavy industry and agricultural uses that are mainly exported to the US and Australia.