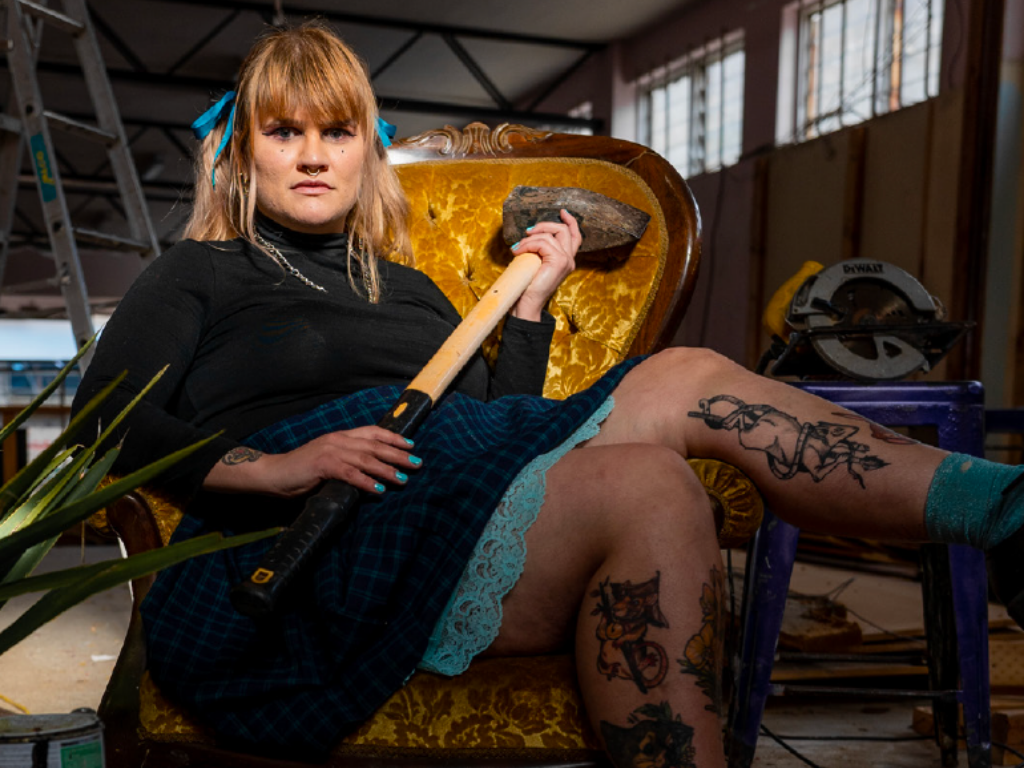 Careful who you drink with. Especially when you have a pen and a clean napkin in front of you.

Drinking might lead to thinking, then ideas, then plans, then projects and the next thing you know you have a fully blown programme-of-works on your hands. Common Room has been central to many such plotting sessions, and many projects have popped out the other end. Some short-lived fizzers, some long lasting and impactful.

Five years ago, a fire-side chat with some bright sparks ignited what became Fringe in the ‘Stings, the little fringe festival centred proudly in Hastings City and opening up its box of wonders again this year on October 9.

Most recently though, conversations started over a beer at Common Room have become Spaceship, currently getting ready for launch in Hastings CBD, one block from the bar on Karamu Road.

The name comes from a Marshall McLuhan quote Gerard and I have carted around with us since the 90s: “There are no passengers on Spaceship Earth, we are all crew.”

It’s the nucleus of a way of thinking where we get people involved in projects, often through stealth, with the underlying expectation that we all have a role to play in enriching our communities. Asking “What does the world need from me?” is a far more interesting inquiry than “What do I need from the world?” and leads to a tremendous bounty of spirit and energy, and then the happenings that fall out of it.

That idea, which started on a napkin, is to open a place that offers practising artists (with a healthy balance of established and emerging) a workspace in exchange for ‘hospo hours’. Two or three nights a week Spaceship will then open as a bar using those banked hours with artists serving the drinks, bussing the tables and doing all the adjunct tasks an operating bar needs to run.

It’s a hospo joint, but not as we know it. Artists’ works-in-progress will be on display. Artists will serve punters. Visual arts shows will take place. But so too will theatre shows and music as the space will morph into a live performance venue from time to time.

What happens in Spaceship will be diverse, dynamic and pretty different from other places in Hawke’s Bay, arguably in New Zealand.

This is not a hippy co-op. It’s a social enterprise that weaves commercial with community in a concrete and highly-visible way.

Thrusting an art stake directly into the heart of Hastings makes a statement about what’s important. Our end of the city is booming. Commercial, hospo and retail are growing. The Tribune complex is a bustling hive of construction. Toitoi is steaming ahead getting the Municipal Building reopened. Eastside Eat Street is being seeded with new cobbling and outside dining. Keeping the arts front and centre, and in people’s faces is vital to encouraging and supporting our city as a vibrant creative community.

There are risks. Who in their right mind would leave a bar in the hands of artists?! On ordering a wine you may very well be asked if you would like it in oils or charcoal.

But by trying this idea out we will be creating a new kind of hospo experience, building new skillsets in artists and growing appreciation for the place arts has in our neighbourhoods. We’ll also be creating a place to play for touring artists, and a destination for arts fans and buyers. Rather than being a nice to have, the arts is a valuable and valid contributor to the economy, and it makes people happy. That’s what’s in it for you. You get all that because some crazy thinkers had a bright idea over a beer. Just think what ideas you might have enjoying a bevvy in the space they created as a result!

It feels like a dream when we think back to March and April and remember we stayed at home for weeks. It was a tough time for many, and for others it was a fairly pleasurable enforced staycation. In that time, we thought a lot about how we live and changes we could make. We promised ourselves we’d set New Age Resolutions for the impending New Normal. Then Level 2 was announced and the majority of us slid into same-old-same-old.

But there were massive lessons to learn from that time. Lessons about how we support each other, where we prioritise ‘kindness’ in our value systems, how we build the community we want to be part of, then sustain it once it’s up and running.

In Spaceship we hope to manifest many of those newly learnt lessons and use them to create a new kind of place to be. And of course, all of you are Spaceship crew too, you are all invited to be part of it.

Watch this Space; visit when it’s open; spread the word; support the arts by buying a beer; refuel your own creativity by talking with an artist about theirs; purchase a painting; come to a gig; pull up a chair, pick up a napkin and jot down an idea. You never know the trajectory it might set you off on.

3 responses to “Spaceship ready to launch”