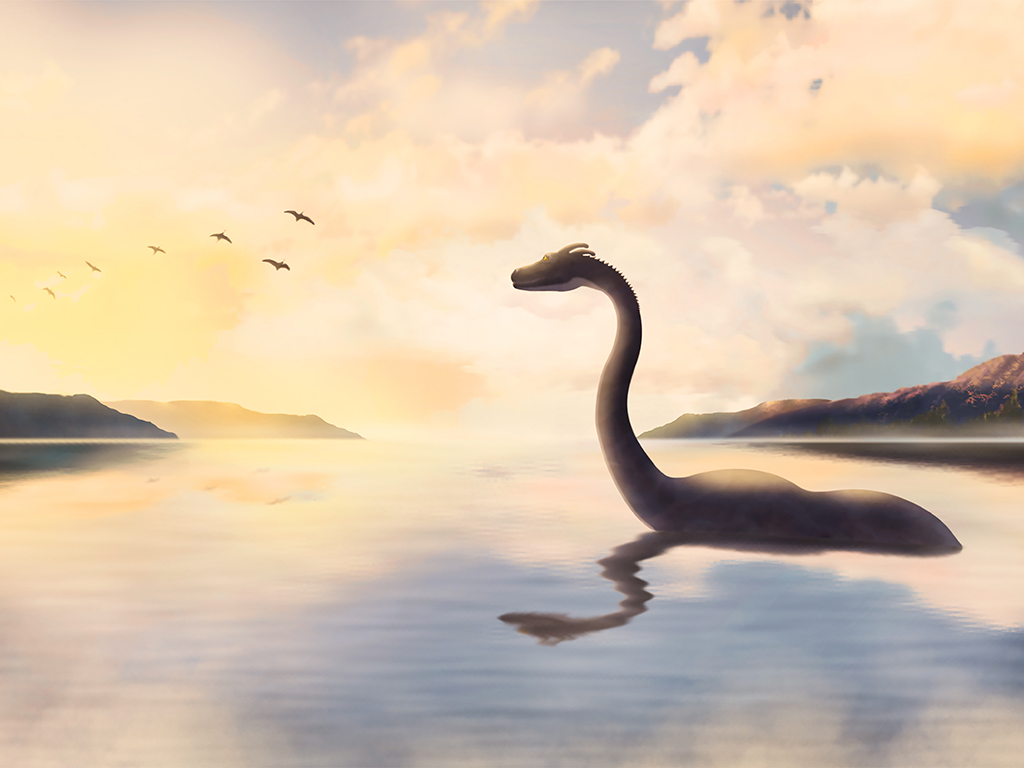 What if a dinosaur had got in the lake?”
Comedian, Stewart Lee

I love urban myths because they are fictions that exist on the edge of believability.

Conspiracy and fringe theories are beautiful in the way they connect disparate things and create cohesive narratives out of them.

The way they mutate and spread is amazing. A simple notion can be transmitted to five different people and each will carry away a subtly different version of it depending on their biases and preferences and how they mix it with other notions they’ve already been carrying inside themselves for a while, or with worldviews they hold dear, or even with biographical anecdotes/material of their own.

In this way, Joseph Uscinski, author of American Conspiracy Theories (2014, O.U.P) likens them to fan fictions.

You can see how conspiracy and fringe theories are a lot like folk tales, not only in the way they spread, but in how they are structured around archetypal content. There is always:

So yes, of course the libidinal/emotional drives bringing conspiracy and fringe theories into existence are exactly the same as those that shape religious and artistic thinking and their forms, and they all deal with responses to the following commonly-held existential concerns:

The mundane, ugly, heartless world I am obliged to live in, so obsessed with money, so petty, so rule-bound, so imprisoning, so lacking in enchantment, so stubbornly random and frustratingly meaningless, so mechanistic in its daily functioning. How will I recast it as the world I would have wished to be born into? How will I re-integrate myself with the wonders of the cosmos? How will I meaningfully rejoin nature? How will I inhabit a character with beautiful agency in a meaningful narrative?

What you can be reasonably sure of is that the theorist (like the adherent or believer or artist) will have a subjective, personal stake in their theory. And it is this personally invested position that creates friction when it comes into contact with the world of facts.

The critical difference between a folktale and a fringe theory is that the folktale stakes no claims to being factual: it is, to quote Ursula K. Le Guin, not a “what happened” but a “like what happened”. Additionally, it often has a whimsical or jaunty or otherwise moralizing or elegiac ‘voice’ to it making it clear that this is a ‘styling’ of events, a narrative that knows that it is a narrative. It carries a truth, but has no concerns about factual reliability.

The fringe theory, on the other hand is intent on being received not as a “like what happened” (or even as a “might have been” or a “could be”) but as a factually reliable “what happened” or “what is”. It stakes it’s claims on both truth and factual reliability. The sound of its voice and the structure of its language, therefore, it is obliged to borrow from the world of facts, which is to say that of science, history and reporting.

Because it is subconsciously aware of the contestability and short-comings of its factual basis, the fringe theory shades its use of authoritative tone with the voice it borrows from the world of advertising – the voice of persuasion.

Conspiracy and fringe theories want the facts of good science without the rigorous and transparent processes of independent verification and review. They want the authority of good reporting without the impartiality and objectivity. They want the compelling narratives of good history without the difficult complexities and ongoing revisions. They want the cherry-picked truths and persuasiveness of effective modern advertising without having to admit its foundations in propaganda and rampant capitalism.

Well I’m sorry, you can’t have it both ways. You have to earn your rights to these languages. Of course, there is bad science out there, as well as bad reporting, bad history and, well, good old truth-bending, fact-omitting, emotion-exploiting advertising. I despise them all for the damage they’ve done.

Conspiracy and fringe theories can be beautiful and exciting constructions and often unintentionally funny.

I appreciate them in the same way I might appreciate a good story or a well composed picture. The fact that they adopt the language of fact and desire to be received as factually tenable is part of their aesthetic texture, their narrative appeal. I’ve always loved a well-turned fake.

I find myself thrilled by the speculative leaps of fringe theories and strangely satisfied by their neat internal logics, but I am also repulsed by their dishonesty and evangelism.

Utilizing the voices of authority and persuasion, knowing how potent they are and how irresistible to the gullible, in order to broadcast as an actual unironic fact an idea you like because you are politically or ideologically or personally invested in it, is bad practice. It is bad practice when religious groups do it and it is bad practice when advertisers do it. It can and does lead to the manipulation of the emotionally and intellectually vulnerable.

If you are aware of factual short-comings, inconsistencies, hear-say, speculation and so on in the theory you are broadcasting, you had better come clean about it, no matter if you feel that you are undermining your own private assumptions and worldview in the process, because that is what good science, good history and good reporting would do.

Facts can be ugly, heartless, boring, inconvenient etc. but you can’t just ignore them because they are unexciting or counter-intuitive, or outside of your technical understanding.

That is your responsibility as the public conveyor of a theory in a time when, due to the democratization of broadcast media, a small voice may reach many ears. And that is also our responsibility to the ongoing integrity and health of both facts and fictions.

One response to “Urban myths, conspiracy and fringe theories”