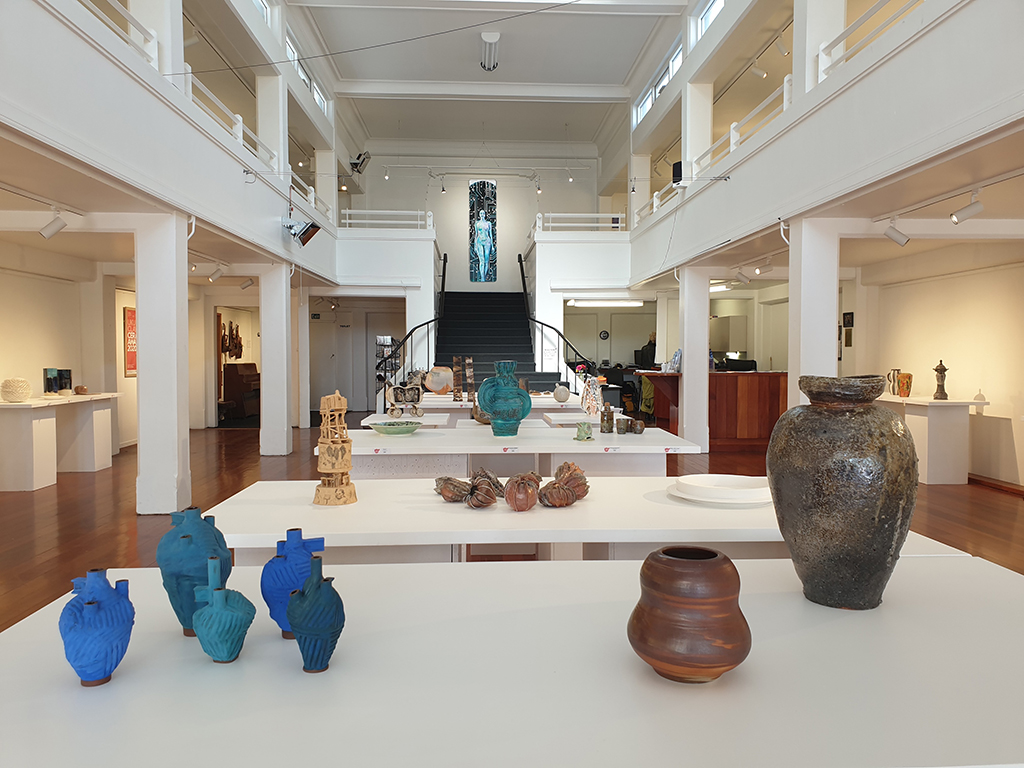 UKU Clay Hawke’s Bay Ceramics Awards were announced on October 2nd to a good-sized crowd of avid ceramics enthusiasts, who had come to see the best clay works from the region and around New Zealand, being exhibited at the Hastings Community Arts Centre until 22 October.

The works are incredibly diverse and thought provoking and this, the second of the biennial event, is the first of the Hawke’s Bay Arts Festival series of free events.

Work was judged by ceramics legend and teapot wizard, Rick Rudd of Whanganui who announced the major award winner of the Taylor Corp Premier Award for $1,000. This was a complex piece called ‘Domesticity’ by Dunedin artist, Blue Black. The work, chosen for its use of vibrant colour, “made my spirits sing,” he says. 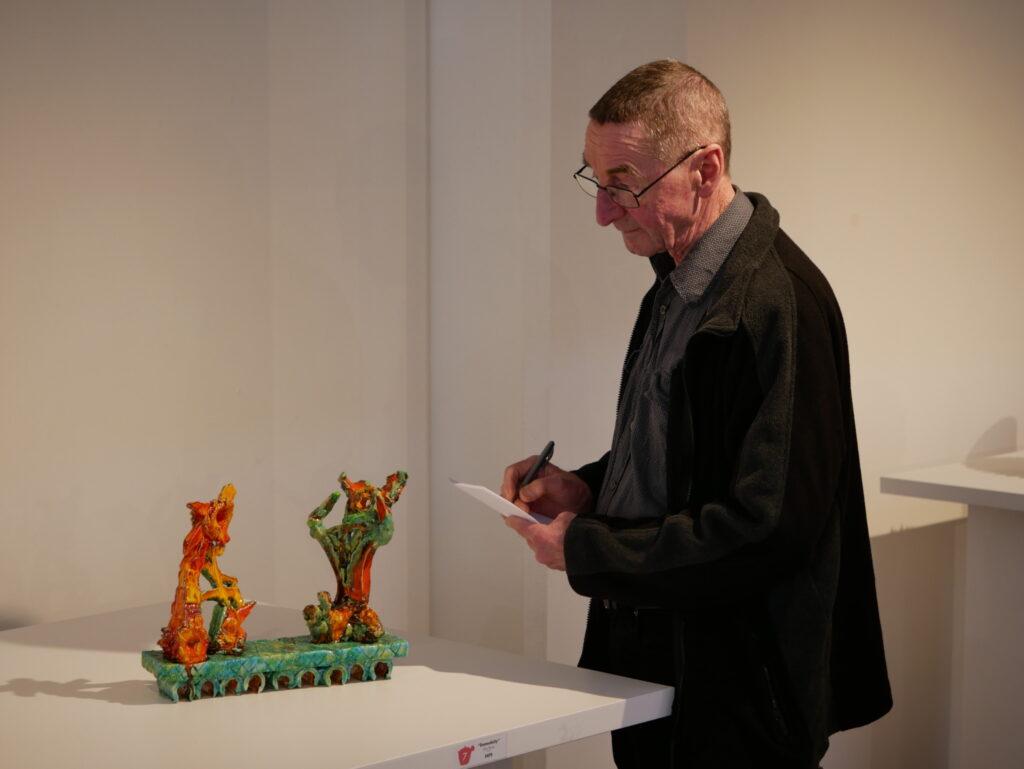 “Generally, the show is really good; there is a mixture of objects, many different methods of making and firing techniques and selecting it was an interesting and enjoyable challenge,” Rudd says.

The venue is ideal. Hastings Community Arts Centre is a gem of Spanish Mission design with natural light from the art deco skylight in the ceiling and a magnificent mezzanine floor supported by pillars around the rectangular space with access up a grand stairway.  The specially constructed tables are laid out to display the 70-plus exhibits, giving each one a sense of gravitas in the light and airy space. In a nice touch, from upstairs the keen observer will notice that the display tables are laid out to form the word ‘UKU’.

Rudd observes that it is always difficult selecting from the photos sent in with entries and advises artists they need to be mindful of photographic staging and resolution quality. A number of entries were rejected, as it was not possible to assess the item due to poor photography, something he finds difficult to understand. “Excellent pictures can be taken with mobile phones these days so there is no excuse for poor quality,” he says.

In addition to being a practicing potter, Rick Rudd owns the Quartz Museum in Whanganui containing several major ceramics collections. He has organized many national ceramics exhibitions over the years, and in 2018 initiated the triennial Emerging Practitioner in Clay Award, so he knows what is involved. “It’s a well-known fact that organizing potters is like herding cats,” he says ruefully and describes it as a multi-facetted task. This year Covid has made it that much more challenging.

He commends the organisers of UKU Clay Hawke’s Bay Awards, Annette Bull and Natham Crossam, for putting the event together; siting examples of other major national exhibitions, such as Ceramics NZ and the Portage Ceramics Awards that were cancelled this year.

“It is their initiative and drive that has created this Awards event. It has been a huge amount of work for them without much support,” he says, “and it has been a difficult and nerve-wracking process. But they have carried on with it, got it up and running and they deserve all the kudos.”