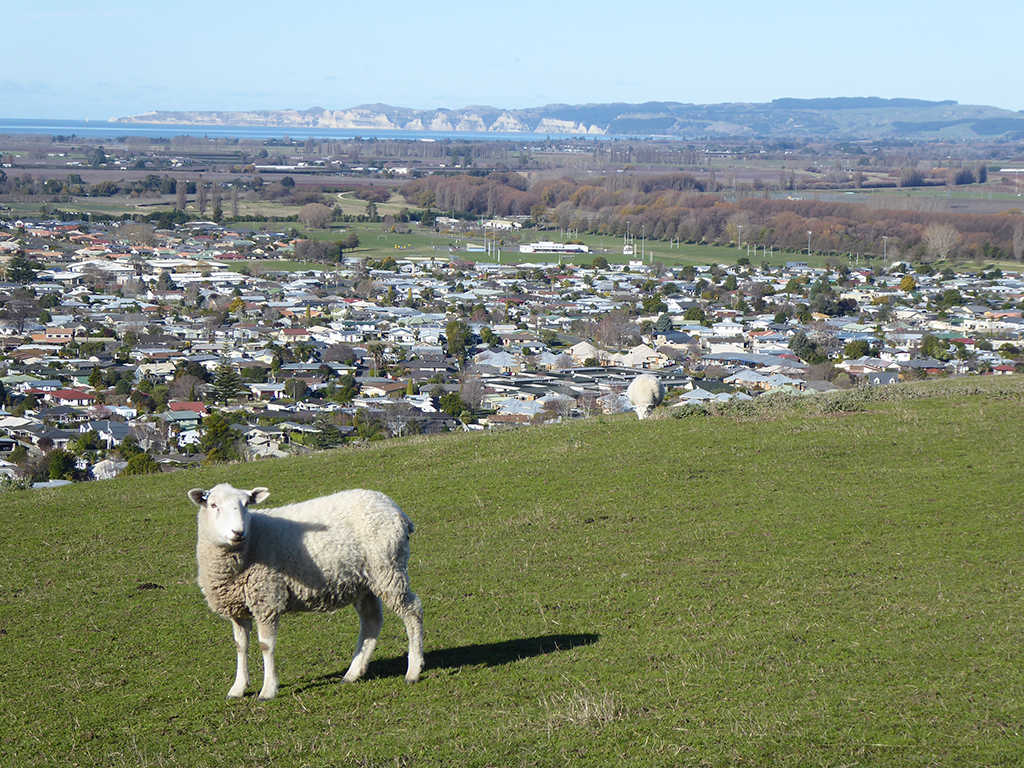 Dolbel Reserve in Taradale is named after Philip and Richard Dolbel, brothers who emigrated to New Zealand from Jersey (Channel Islands) in 1855.

The Dolbels ran a general store in Clive and had interests in a dairy company, lime works and brick works. They bought Springfield Station in 1865 and later Redclyffe Station and farmed both in partnership. The Dolbel family sold Redclyffe Station in 1971 and it was subdivided into several smaller parcels of land, one of which later became Dolbel Reserve.

Members of the public were invited to donate a native tree in memory of a loved one to establish a memorial planting and this proved to be a very popular fundraising initiative. Over the years, the reserve has been very well planted through various community efforts and there are now around 13,000 trees, primarily natives. Last year alone the Rotary Club of Taradale planted 1,500 trees, most of which were propagated and raised by its volunteers. There are plantings of exotic and native trees and shrubs on the lower slopes, while the upper grass slopes are periodically grazed by sheep. Weekly working bees keep volunteers active. 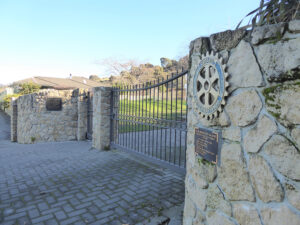 In July 2003, the entrance to the 18 hectare reserve was greatly enhanced with the official opening of the Dolbel Memorial Gates. The $51,455 cost was funded by community donations, with gifts of $20,000 from the Rotary Club of Taradale and $10,000 from the Dolbel family being the two largest contributions. Plaques on the gates acknowledge the support.

During the past twenty-odd years, a network of over 10 kilometers of walking tracks has been created and the reserve has become a favourite place to exercise for locals and visitors alike. Donated memorial seats, and seats and tables constructed by the club, are strategically located along the track system, so it is a lovely place to visit and pause for a coffee or a picnic.

The 360°panoramic views from the top of the reserve, overlooking Taradale and stretching as far as Mahia and Cape Kidnappers, Te Mata Peak and back to the ranges are absolutely spectacular and well worth the effort needed to get there. I know this because I took the photo!

Parking is available close to both the Dolbel Street and Trigg Crescent entrances. For information on other family-friendly reserves, check out the local councils’ websites.