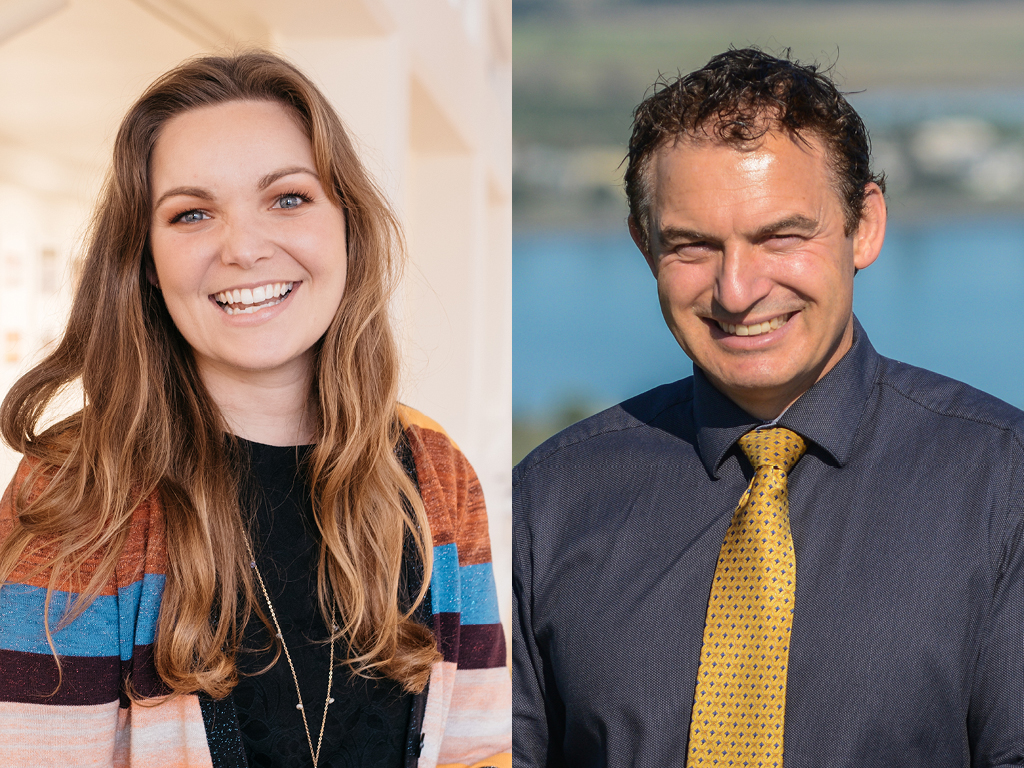 BayBuzz offers the following information — provided by the candidates — to help inform your candidate vote in this year’s election. Here are responses to five questions BayBuzz put to Labour’s Stuart Nash and National’s Katie Nimon regarding environment and resource issues.

BayBuzz: Do you support enactment of vehicle efficiency standards as a means of mitigating air pollution and greenhouse gas emissions?

Nimon: In principle yes. But there are a number of practical aspects that need to be taken into account, not the least of which is action taken by other nations. If we are not careful we’ll end up being an international dumping market for vehicles that can no longer be sold in other countries. We import large numbers of second hand vehicles that may already, or in the future, no longer meet emissions standards in the country we import them from.

Nash: Yes. The agricultural industry does need to reduce its emissions; and the sector actually acknowledges this themselves. This government entered into an agreement with the sector to do just this; and there are various key targets that must be met, that if aren’t reached, bring farming into the ETS as is legislated.

Nimon: National has clear criteria that would need to be met before we’re comfortable with agriculture entering the ETS or a similar pricing mechanism. There needs to be science-based mitigation options available for farmers that don’t lead to herd culling and decreased food production. We would be the only country in the world to have agriculture in the ETS and we mustn’t risk losing our valuable market share to a less sustainable producer.

BB: Do you favour consolidation of Hawke’s Bay’s ‘3 Waters’ management into one regional authority?

Nash: The Labour government has already given the region $50m to start the 3 waters process, and I am well aware that the four Councils are working together to develop outcomes and find solutions to our water issues. This collaboration will inevitably drive efficiency while delivering results, however, I am unsure if we need a single regional water authority. I am not against it, however, I would need to better understand the value proposition – including associated costs – before I could offer full support to such a concept.

Nimon: National supports local Government having control over their water schemes, we but realise central Government has a role to play in developing infrastructure and guidelines. We see it as a collaborative approach that can differ from region to region rather than the blanket approach of Labour.

BB: Some would like to resurrect the Ruataniwha Dam, which would require legislative change. Do you favour that?

Nash: No. We’ve ‘been there done that’ at enormous cost already to the region’s ratepayers for nothing in return. I have no doubt the cost to build such a dam will have increased since the initial forecasts were developed. I am, however, a huge fan of on-farm water storage and would hope the HBRC encourage this type of development.

Nimon: National wants a strategy and model around water that allows us to unlock our economic potential and safeguard our communities from increasing drought. We’ve announced a water infrastructure fund to achieve this. No decisions have been made on specific projects but schemes like Ruataniwha would be assessed and could be considered in the future.

BB: What measures would you support to improve the Hawke Bay marine environment?

Nash: As the Minister of Fisheries over the past three years, I have already been responsible for changes that have improved the marine environment with regards to the sustainability of our fisheries.  For example, we are now going to have cameras on boats; I have reduced the commercial catch from our terekehi fishery, whilst some of our more innovative fishers are currently conducting official trials around different net configurations that will allow juvenile fish to escape unharmed.  I am also very supportive of the work that the HBRC is doing in this space, and they have received funding from our government to look at ways to sustainably manage the marine environment.  Certainly the 10,000,000 of silt pouring into the Bay from eroding farmland every year is having an impact on the marine environment; and we are beginning to address this through the planting up of unproductive farmland, but please don’t be fooled into thinking that our marine environment is in poor shape.  While more sustainable fishing practises will certainly help, the overall state of our fish stocks is pretty good – and well managed.

Nimon: The previous National Government proposed for the entire commercial fishing fleet to be digitally monitored with cameras on vessels, with 70 per cent of the fleet compliant by 1 October 2017 and the remaining vessels having until 1 April 2018 to get up to speed. We also want to continue exploring options for the establishment of new marine reserves.