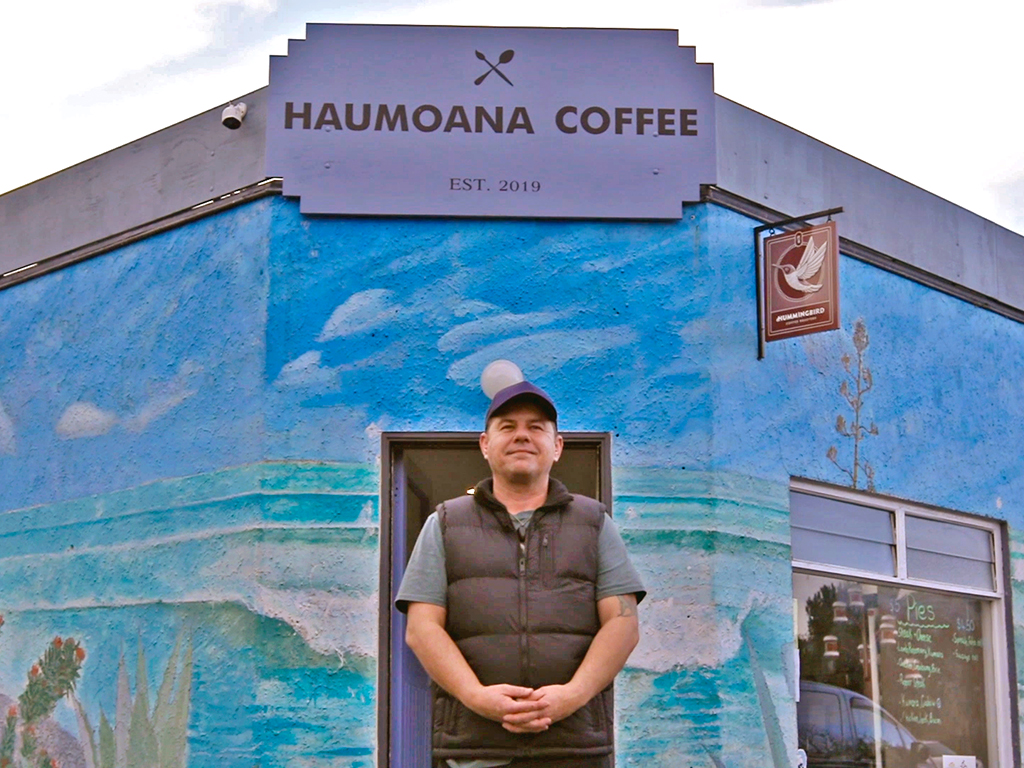 “We know popular tourist spots around the country have been finding it tough with no international visitors so wanted to showcase the best of what NZ has to offer to Kiwis, while doing it in our classic HELL style,” he says.

In Hawke’s Bay, HELL joined Murray Franks from Coastal Wine Cycles for a scenic coastal track tour on their classic beach cruiser bikes, before finishing at Haumoana Coffee to chat with Matt Goodin over a cup of his famous coffee.

Murray says his bike tours are popular with locals and out of town visitors alike, especially Aucklanders.

“Business is picking up; however, we did notice losing Aucklanders from the mix during the recent Level 2. We’ve had 100% positive feedback from people who’ve seen the video and what we do.”

Matt grew up in Hawke’s Bay and now owns Haumoana Coffee. He says he was stoked to be chosen to represent his region in the Path to Paradise series.

“I’ve had congratulations from customers new and old, and locals love that our area is being promoted to the rest of the country. We’re growing quickly with more regional tourists visiting and I’m pleased to be able to employ local teenagers behind the counter on the weekends. Our community has been super supportive, including donating stylish chairs and even succulents during lockdown. It’s the cafe that Haumoana built,” he says.

The Path to Paradise video series is available to view here.