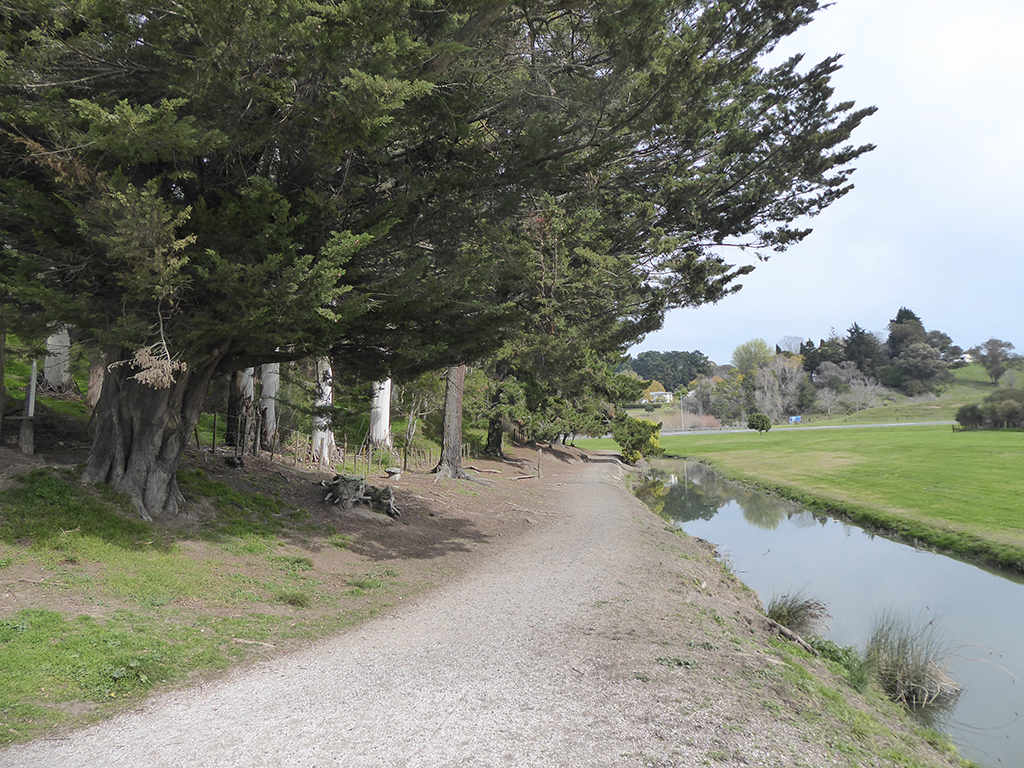 Before a magnitude 7.8 earthquake uplifted the land in 1931, the low-lying areas around Park Island were mudflats and tidal inlets of the Ahuriri Lagoon. Development to transform part of the area into a major sports hub started in 1981 and is on-going.

Now, they are home to Napier’s largest sports grounds, catering for many different sporting codes and offering a great destination for people wanting to enjoy walking, with or without dogs, running or cycling.

The 68 hectares of NCC-owned land, which was previously farmed by the former Hawke’s Bay Hospital Board and Hawke’s Bay Harbour Board, has significant historical and cultural importance.

The two prominent hills in the park were originally two islands, together with an islet called Te Umuroimata. Many years ago, the larger islands were connected by a shallow shell bank and both have flat summits with steep, sea-cut and easily eroded cliff escarpments.

Walkways circumnavigate the former islands and ducks and other wildlife can be seen in the adjacent Taipō Stream.

The stream is considered to be a notable historic site. It was an important food source for Māori prior to the massive earthquake, with people travelling each year to camp on Park Island to collect pipi and eel. Te Umuroimata Pā is one of two areas of significance to Māori in this location; the other is a large area at the southern end of the park identified as Te Roropipi, the site of a major battle against Ngāti Kahungunu led by Te Whatuiapiti as he reconquered lost territory. It’s interesting to reflect on how life must have been in those days compared to now.

There is a real feeling of open space in the large flat area known as The Dell, where the archery targets are located. Dogs can run free in Park Island, so it is a very popular off-leash exercise area and there is also a well-used dog agility course close to the carpark, accessed from Prebensen Drive. When I visited with a friend in August, we could see that extensive native planting was in progress.

Around the perimeter of the Shrimpton sports field there are established native trees and we saw tui feasting on prunus campanulata cherry trees. We were also lucky enough to see two kereru in a nearby kowhai and, while one took off, the other was happy to stick around and pose for a photo. 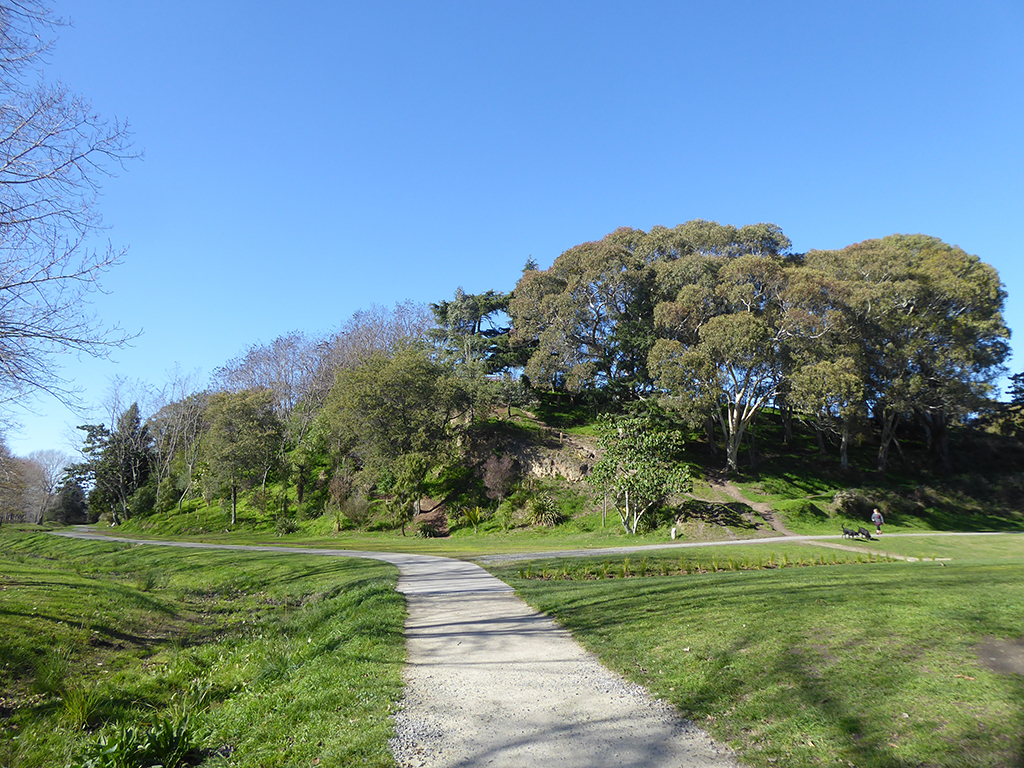