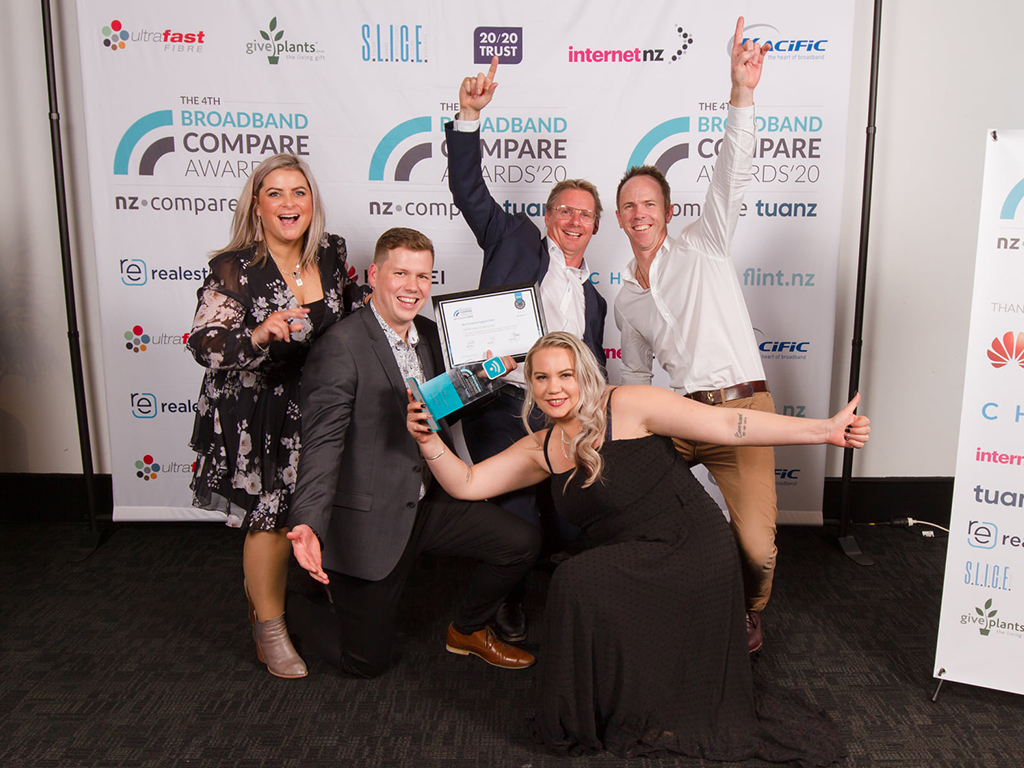 Hawke’s Bay-based broadband and business communication provider NOW has picked up the award for New Zealand’s Best Customer Support at the Broadband Compare Awards – for the third year running.

Entrants across all 12 of the Awards categories are judged on a combination of criteria from consumer surveys, reviews from thousands of Kiwis, reliability of data and pooled with the opinions of the judging panel, made up of some of the country’s leading journalists, technology writers, consumer champions and industry professionals.

“As you can imagine, there are a 100 things that we need to get right to deliver industry-leading support and service, but if I was to summarise these into three points, they would be being human and caring, being responsive, and stepping outside the norm.

“While our industry has become preoccupied with making a service experience as fast and cost-efficient for the telco as possible, we’ve gone the other way. We ask our team to spend all the time they need with a customer to ensure they’re providing them with support, education and a human connection. So it’s not just service, rather a happy moment in the day,” says Brendon.

It’s no secret that NOW has challenged the status quo in the very traditional world of ISP (internet service providers). Their belief that Kiwis have been deprived of good service for decades underpins their approach to doing things differently, but it’s not gimmicks they rely on, as Brendon explains.

“Being responsive means keeping things simple. Answering a customer’s call quicker than our competitors. Checking in on customers when they first get connected. And doing what we say we’ll do. It’s about getting the basics right.”

Three years ago, NOW introduced its Tech Assist service to bridge the gap between the support Kiwis needed with all the things that connect to the internet in their homes — like TVs, computers, streaming devices, speakers, phones and security systems — and the service that was currently being offered by internet providers. That service won the Best Innovation in the same awards in 2017.

“By talking to customers, we understood what was going on in their world, so we built a service that sees us going into people’s homes and helping them not only with the internet coming into their house, but with everything that is connected to the internet. The overwhelming sense we’ve had from customers is that being in their homes — where we can listen, explain, show and educate — takes the service experience to a whole new level.”