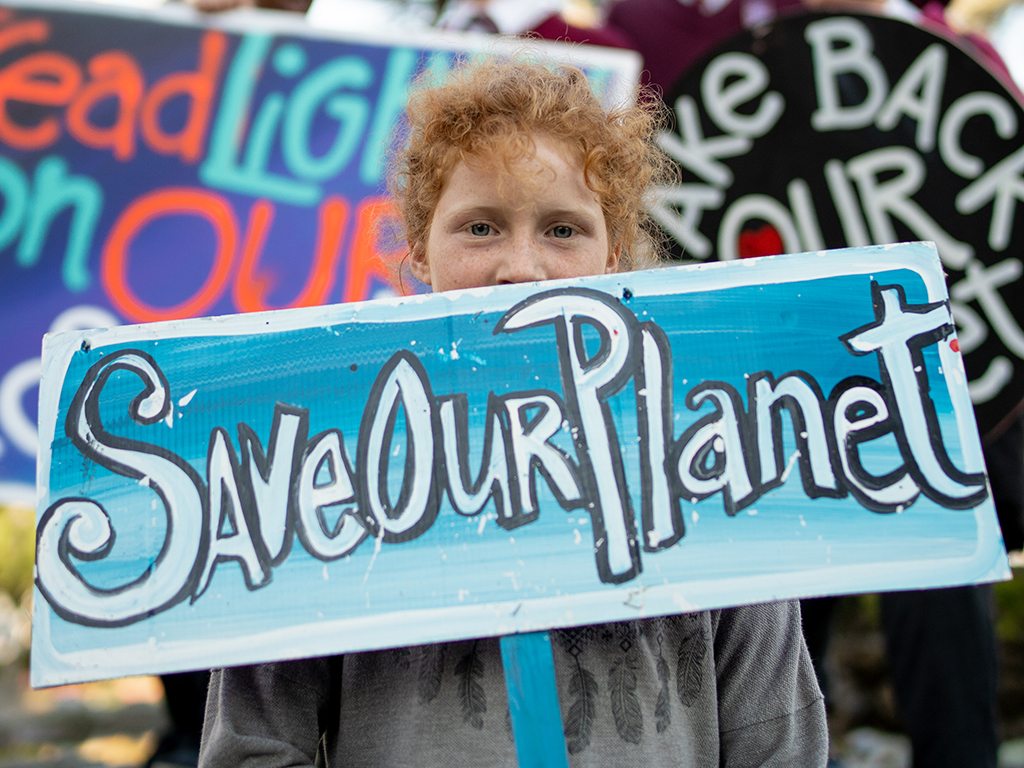 It’s hardly gratifying to see that, on the surface, barely half of respondents (52%) to a HBRC-sponsored survey claim to be ‘somewhat concerned’ or ‘very concerned’ about the ‘impact climate change may have on your quality of life’.

The number are slightly better when the question is: ‘How concerned are you about the impact of climate change in our region?’ That more parochial version draws 29% ‘somewhat concerned’ and 33% ‘very concerned’.

Taken together, leaving 38-48% of us not concerned or ‘in the middle’. 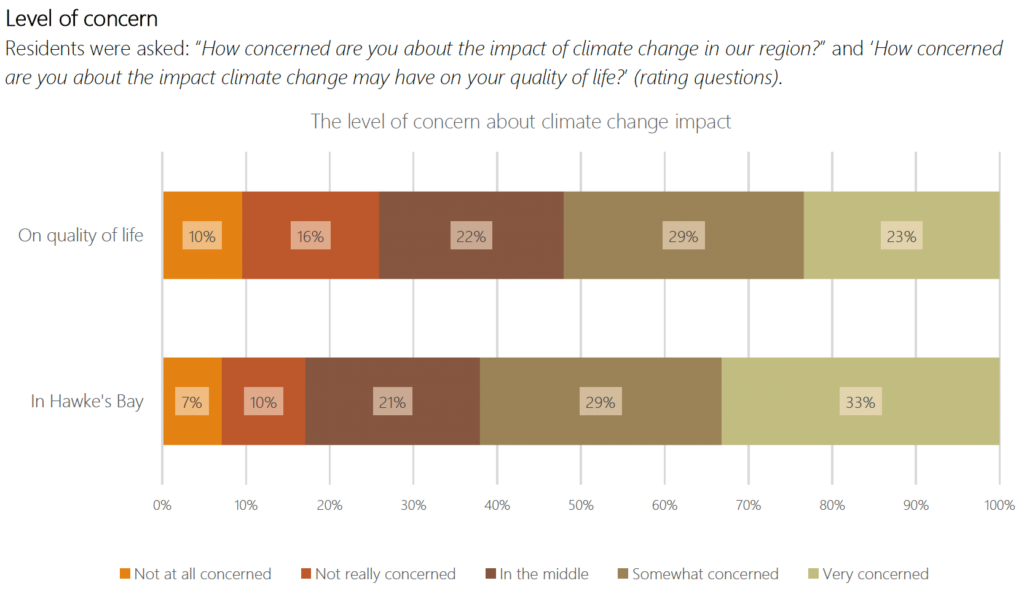 Not exactly broad or encouraging recognition of an existential threat to the planet. [I’m sure I’ll hear from the 7-10% ‘not at all concerned’ for that comment.)

BayBuzz has had the opportunity to study the responses to this survey in detail and will be discussing the findings in our Nov/Dec magazine.

For now, I’ll just note that the survey was motivated by the Regional Council’s interest in determining whether it should play a larger role in the issue — i.e., dare we lead?

On that specific point, the question was: ‘How much do you agree or disagree that HBRC is doing enough to prevent and reduce the impact of climate change?’

Not a well-crafted research question, but nevertheless, if one disagreed, that means one might infer that person believes the Regional Council needs to do more.

And only 31% strongly or somewhat disagreed, thereby signalling ‘do more’ to HBRC.

Interestingly, there’s a strong generational difference within this response – in fact, 41% those under age 40 want HBRC to do more, while only 22% of those 65+ feel that way.

Make an educated guess as to which of those groups pays more of the HBRC’s rates and you’ll begin to understand why the Regional Council is yet to take the bull by the horns on this issue.

Indeed, the Council still has a significant chore ahead to convince ratepayers that HBRC’s two most significant mitigation challenges – protecting us from heightened risk of inland flooding and protecting coastal communities from sea level rise and inundation – should be publicly funded. Three-in-ten say they are not prepared to pay more for the former and 42% aren’t keen to pay for the latter.

The HBRC was looking for answers. What they found was only a moderate level of concern matched by lack of fervour for HBRC to do more and significant resistance to paying the bill.

So how should they respond?

Hopefully the Regional Council will not fold its tent, but instead conclude from this survey that it indeed needs to mount a significant educational campaign … to be followed by action. Because – whether ratepayers like it or not – the issue is real and mounting … and endangering our region (if that’s the bare extent of our existential horizon).

Leadership is required — it can’t be ducked — on climate change.