In a hugely important step toward a more humane New Zealand, over 65% of voters approved the End of Life Choice referendum.

Although approximately 480,000 special votes are yet to be counted, this margin guarantees the bill passed by 69-51 by Parliament in a ‘conscience vote’ — with the proviso that it needed referendum approval – will take effect in one year.

BayBuzz has invited Dr Libby Smales, former medical director at Cranford Hospice, to write in support of assisted dying and suitable empowering legislation several times over the last several years. Here is her most recent article, which explains clearly and make a case for the legislation.

New Zealanders with a terminal illness will now have the option of requesting assisted dying – having a medical professional give medication that will relieve suffering by bringing on death. Strict criteria and approval procedures must be followed for this to be allowed. 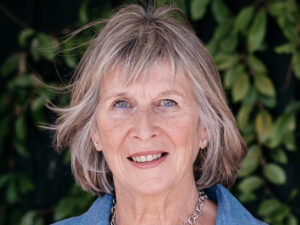 “NZ joins an ever increasing group of jurisdictions who offer suffering dying people a chance to choose to end their suffering by ending their lives, a little early … usually, about ten days early.

“This Act is probably the tightest, safest version of this type of legislation in the world. Already 200 million people have access to similar legislation, varying laws are working well worldwide. We now have a year to work out precisely how we are going to make this work, we are lucky to have so many good models to use,

“It has been a tough few months, and fifty years of continued efforts to get to this point for those of us focussed on providing accurate data and credible research to help us all make up our minds.

Thanks for your advocacy, Dr Smales.

You can read the full legislation here.

Meanwhile, the Cannabis referendum has failed by 167,333 votes, PM Ardern’s Yes vote notwithstanding, with only 46% in favour of legalising recreational cannabis. In this case, special votes would need to favour ‘Yes’ by over a 2:1 margin for the referendum to approve legislation — not impossible given the traditional Labour/Green tilt of special votes, but a long shot. Stay tuned on that one … another week to wait (9 Nov).

One response to “End of Life Choice prevails”