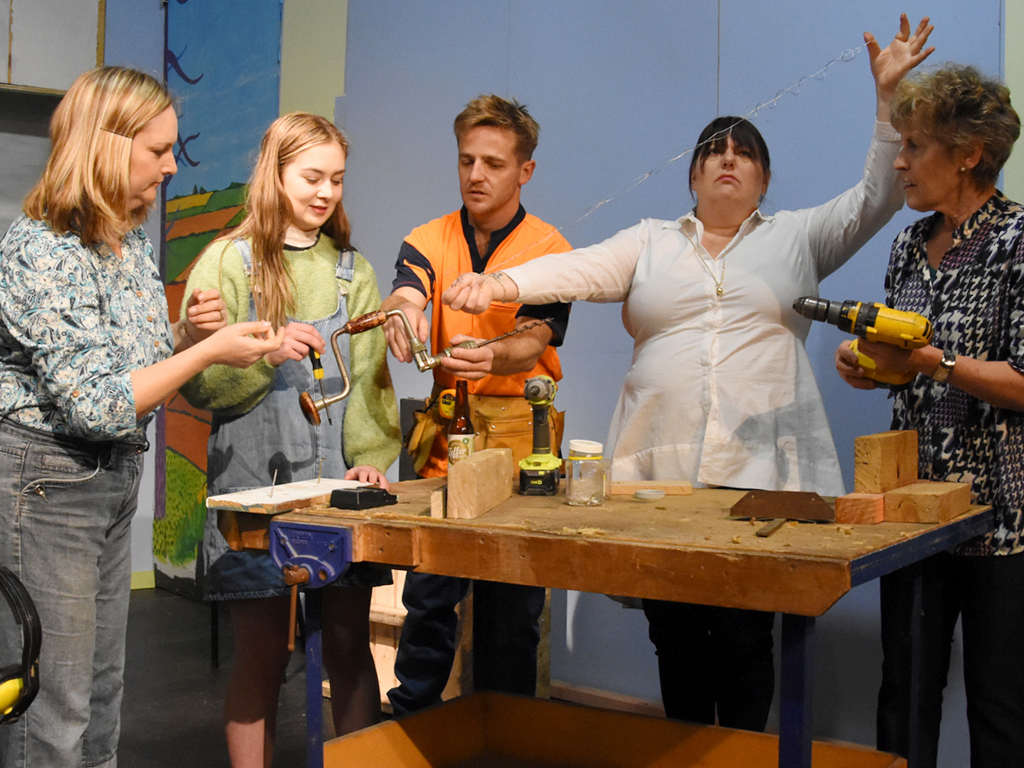 2020 has been an especially difficult year for the performing arts. So, like all the performance groups, the Napier Repertory Players, based at The Little Theatre in McGrath Street, are feeling relieved and very pleased to again be bringing to their audiences another quirky, Kiwi comedy to be staged this November.

The Pink Hammer by Michele Amas has been extremely popular since its debut in 2014, and the action follows what happens to a bloke when his man’s shed is taken over by four women who want to get their hands on his tools!

Annabel (a strident marriage counsellor), Helen (an elderly ex-horse breeder), Louise (a neurotic nurse) and Siobhan (a young Irish wanderer) turn up, looking forward to learning carpentry skills from a pioneering, female furniture maker … but instead they find Woody, an out-of-work, disgruntled builder who’s less than impressed to find four sheilas amongst his claw hammers.

A variety of personality types clash and mesh in this endearing, heart-warming, and hilarious Kiwi comedy directed by Monique Cowern.

Performances of The Pink Hammer runs from 11 November to 21 November with a Sunday matinee on 15 November.

Tickets are available from: