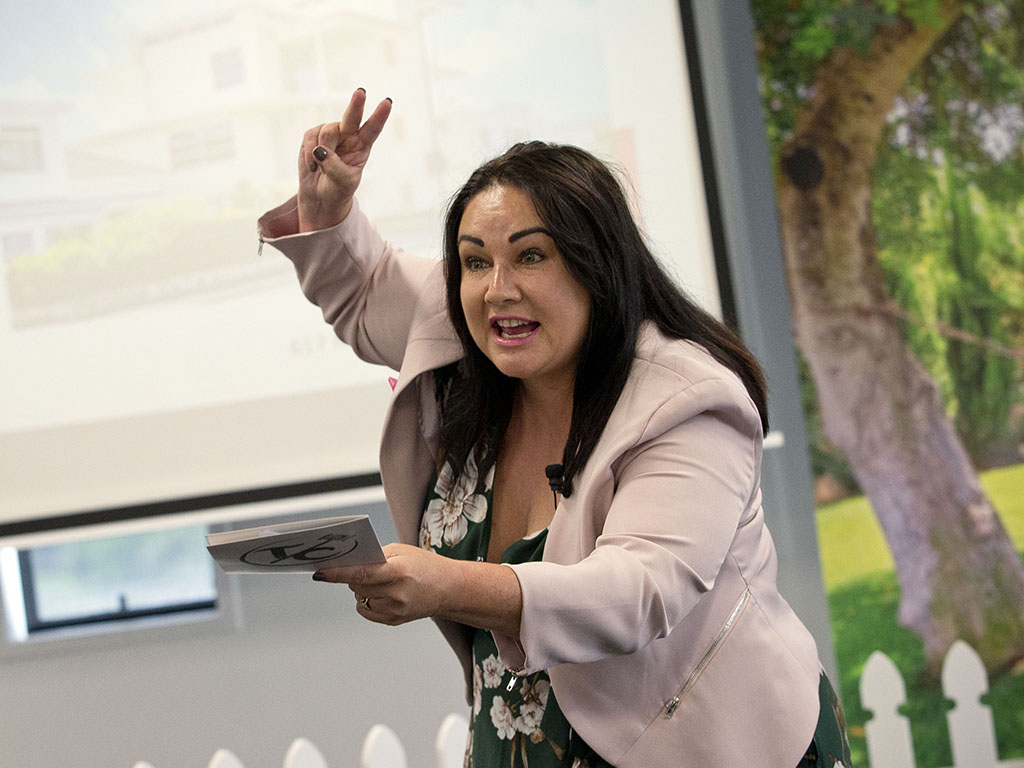 Hawke’s Bay’s very own Tina Chamberlain has taken out the Rising Star category in the 2020 REINZ National Real Estate Auctioneering Championships – the first woman to win the award since the competition’s inception in 2002.

Tina was awarded the Rising Stars Colin Brown Memorial Cup at the Championships held in Auckland last week. The Rising Star must have completed no more than 49 auctions as well as a maximum of four years competing in the category.

Tina, who is the only active and locally-based female auctioneer in Hawke’s Bay, is the managing director and licensed agent/auctioneer of Black and White Real Estate.

“I’ve spent 11 years in real estate and six years ago when the auctioneer left the last company I was with, I decided to train. I fell in love with it.

“I’m incredibly proud to be named Rising Star. In an industry dominated by men, it was a very significant win. I’ve entered the history books as the first woman ever to win the award.”

To win the award, Tina had to compete against 24 other auctioneers and do an ‘auction call’, a staged auction where every entrant gets the same bidders who are staged in the crowd, the same reserve and set up.

“You are judged on performance, the legalities of the auction, dress and presentation, how you control the bidding process and how good you are at the numbers. It was nerve wracking performing in front of your peers.”

The eight-strong judging panel included past NZ title winners, current auctioneers and the head of drama at Diocesan school.