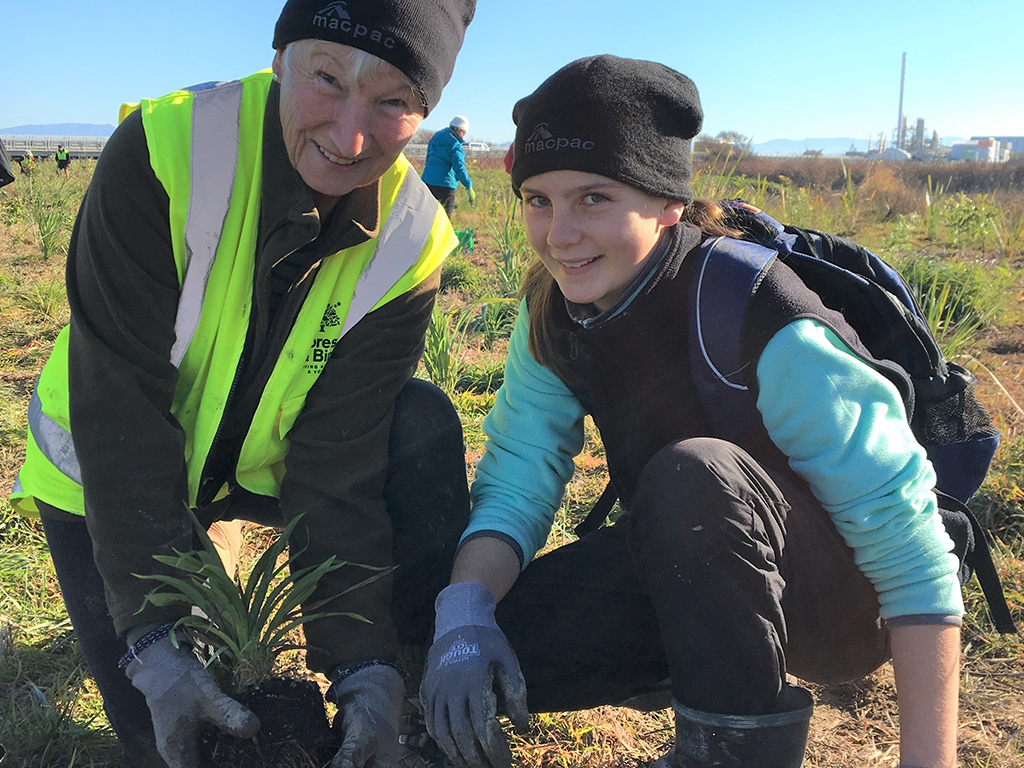 National Forest and Bird’s top accolade, the coveted Old Blue Award – commemorating the last breeding Chatham Island black robin, which saved her species from extinction in the 1980’s – has been awarded to Napier’s Liz Carter for over thirty years of volunteering with her local branch.

Awarded annually to up to five people who have made an outstanding contribution to Forest and Bird or to the organisation’s conservation goals, Liz is one of two recipients for 2020, the other being Pat Heffey from Northland.

Soon after joining in 1985, Liz was elected onto the committee and has remained an active and highly effective committee member to this day. David says that her delightful, positive manner with a ‘can do’ attitude has meant that she has been a valuable ambassador for the branch, especially when working alongside the rural community as, coming from a rural background herself, she speaks the same language.

In 1996, Liz began compiling information for the bi-annual Napier Branch newsletter, working with producer, Don Wilson and continued this role for a decade.  David told me that the newsletter was highly regarded by the local councils, DOC and the Forest and Bird Board.

Arranging monthly Branch meetings and guest speakers, helping prepare the evening supper and greeting members with a smile is just one of many roles Liz has filled with aplomb over the years. 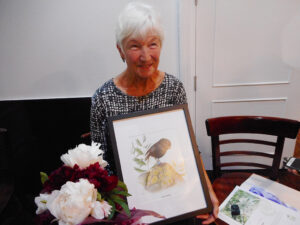 As chief coordinator of the monthly field trips, Liz’s passion and expertise for organising outings during the past thirty years has been very evident, with planning for some adventures starting a year in advance. These popular outings are often attended by as many as fifty-five members who, on boarding the bus, are given a specially prepared ‘trip sheet’ for the day which provides all necessary history, walking directions, and safety information.

Liz has also been pivotal to the success of the group’s mid-winter dinner, Christmas party, tree-planting working bees, beach clean-ups and the Weed-busters Volunteer Group helping to eradicate weeds around the Ahuriri Estuary.

The award was to be presented at the National Forest and Bird AGM in June, but because of Covid this was cancelled. Liz was finally awarded by Forest and Bird President, Mark Hanger, at a Board Meeting held in Napier last week and it was a thrill that Napier Branch members were able to attend and honour Liz in person.

Liz said she was “blown away” to receive the prestigious award and that she was “proud and honoured to receive something so special” – a framed print of Old Blue, which she said she will treasure.

David describes Liz as an exemplary member with unsurpassed loyalty, knowledge and life ethic. Clearly, she is a most deserving recipient of a wonderfully prestigious award.