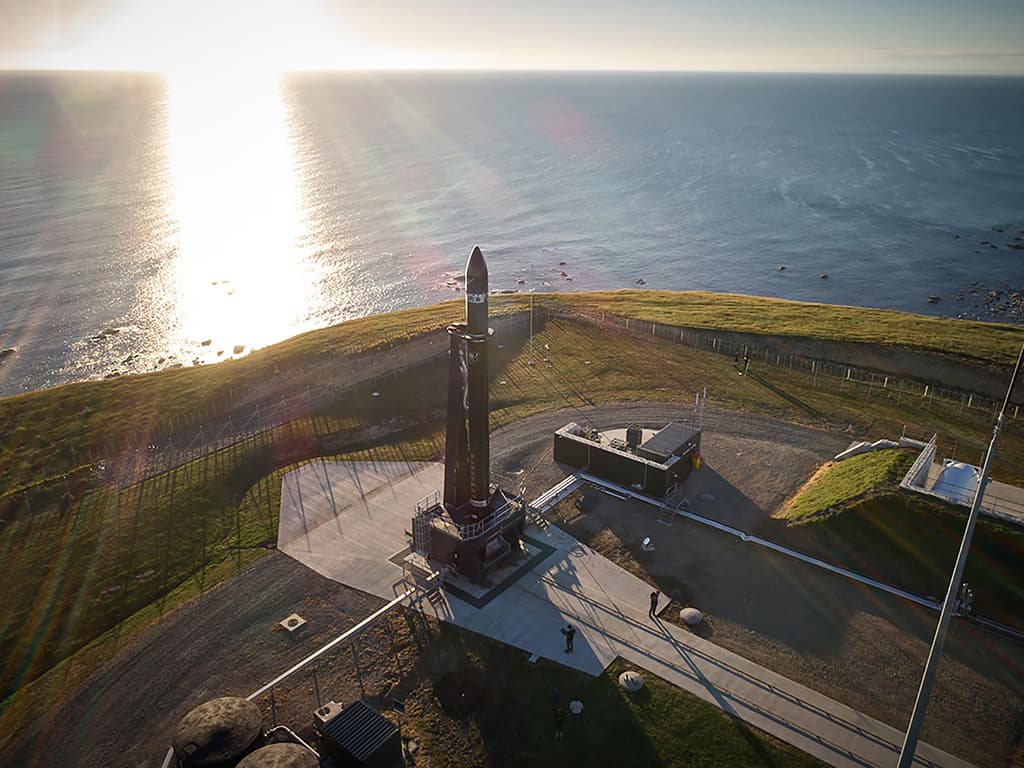 When Council was first approached to see if we could support launching rockets into space from the tip of the Mahia Peninsula I thought it was a joke.

I had visions of Darth Vadar and Star Trek and really believed we were being set up.

Once the Wairoa District Council started receiving information about the proposal, we realised what a wonderful opportunity we had on front of us.

Who would have thought that five years later, 15 launches and 65 satellites would have been deployed to space from Launch Complex 1 on the Mahia Peninsula.

The site’s location can support launches from 39-degree inclinations up to sun-synchronous orbits – the inclinations frequently sought by small satellites to low-Earth orbit.

The number of people employed globally by Rocket Lab has increased from 118 staff in 2016 to 600 plus and growing, with more than 400 of those roles in New Zealand.

Rocket Lab’s vision is to open access to space to improve life on earth by providing frequent and reliable access to space with the revolutionary Electron launch vehicle.

We all rely on satellites. They connect us by providing communications services and internet from space and they help us monitor our planet, providing valuable insights on things like crop growth, pollution levels, fisheries and farming. Whether it’s plugging a destination into your phone to navigate somewhere via GPS data, or you’re checking the weather forecast on TV or online, all of this information comes from space.

When I look at the potential of space, and what Peter Beck and his team have achieved, I feel privileged that Mahia and Wairoa have been part of this success.

One of Rocket Lab’s commitments is to support local areas and it creates extensive indirect employment through its network of 1,300 suppliers nationwide including Mahia, Wairoa and Hawke’s Bay.

By their nature rocket launch sites are located in remote areas with sparse populations.

Peter Beck has told me Rocket Lab is proud to be opening employment doors in these areas and their focus is on hiring local talent.

Rocket Lab’s operations on the Mahia Peninsula were a contributing factor in the recent Provincial Growth Fund investment, through which our district received $8.3 million to improve the Mahia East Coast Road.

Rocket Lab sponsors of a number of local organisations, including the Rongomaiwahine Basketball Team, Te Mahia Golf Course, donated funds for the COVID-19 care packages distributed in Mahia during the Level 4 lockdown and sponsors a tertiary scholarship.

And this is just the beginning; the Rocket Lab potential and spinoffs are enormous.

Before the end of the year Rocket Lab will complete its second Mahia launch pad which is driven by an anticipated increase in its launch rate.

New Zealand’s first satellite designed and built by university students will be launched into space from Mahia this month.

Next year Rocket Lab will launch a CubeSat into lunar orbit for NASA. This historic pathfinding mission supports NASA’s Artemis programme which will land the first woman and next man on the Moon by 2024.

In 2023, Rocket Lab will blast one of its Electron rockets on a 160-day voyage to Venus to support the search for life off Earth

Rocket Lab really has been a gamechanger for us. It has been fantastic to welcome such a diverse industry into our area and to celebrate Rocket Lab’s milestones as our own.