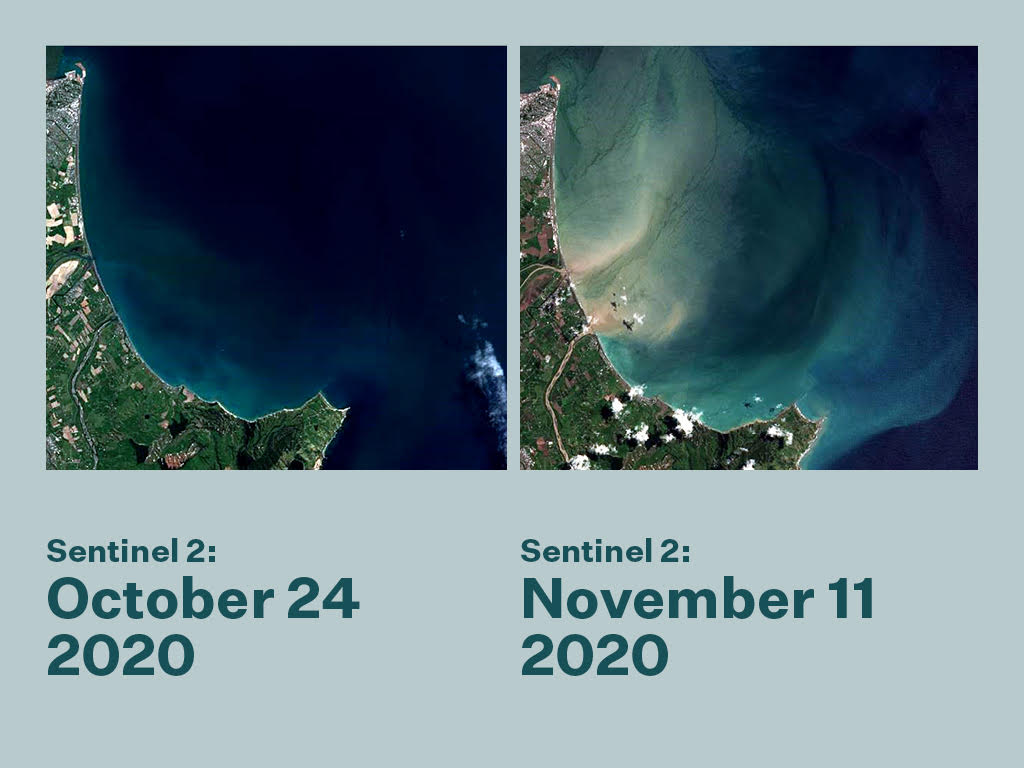 HBRC has estimated the loss at roughly 3 million tonnes per year. And major rainfalls deliver the most severe run-off, as you see in crossing any local bridge, and as these recent dramatic satellite photos of Hawke Bay clearly show.

Not only does this sediment disrupt and destroy our stream and river ecosystems, it clogs our vital estuaries that should nurture our aquatic life … and then spills over into the Bay marine environment as well.

Our scientists have been measuring and largely understand the impact on waterways and estuaries; but at this point have only scant knowledge of the impact on the marine environment. But we can no longer assume once at sea this sediment simply dissolves away with no adverse effects.

And the effects on water and waterways is just half the story.

Consider the loss of all this soil from an agricultural perspective. This is an asset that nature has taken thousands of years to create. It is the asset – effectively irreplaceable – upon which our entire farming and food production enterprise rests.

Commendably, the Regional Council has in the last couple of terms brought fresh focus and very substantial funding to protecting our soils, particularly our most vulnerable hill country land. The approach it touts involves tree planting on fragile slopes (as opposed to grazing or leaving hillsides bare), as well as riparian planting to help ‘catch’ and hold eroding soil and stock exclusion to protect stream banks.

All well and good, but not good enough. It’s the ambulance at the bottom of the cliff.

All this soil is not coming merely from stream banks. Most of it is coming from poorly managed and grazed hill country … from land that too many farmers allow to be chewed down to the nub, eliminating – along with soil compaction – any chance of rainwater being absorbed and stored in the soil in the first place. Where nature intended it to be.

There is no question that well-managed soil/land has hugely more water retention capacity.

And this is a cardinal tenet of so-called ‘regenerative farming’, which stresses year-round diverse ground cover, deep roots and alternative stock grazing methods. These are the farmers who don’t suffer nearly as much – many not at all – during ‘droughts’ and they are the true stewards of the soil … confounding ‘conventional wisdom’.

The Regional Council needs to get firmly behind these farmers, and not just apply band-aids over poor farming practices.

2 responses to “Kissing our soil good-bye”